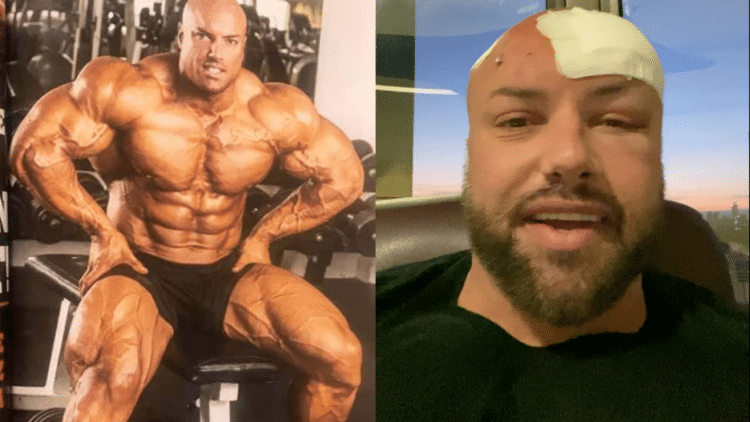 Josh Lenartowicz was notified that he had a brain tumor a couple of months ago. Now he is forced to get a second surgery to remedy the situation.

Lenartowicz had a bit of a health scare when it was revealed that he had a brain tumor. As a result, he was unable to compete at 2019 Mr. Olympia. Moreover, during the procedure to remove the tumor, he suffered some complications. Luckily, he was able to pull through okay in the end.

However, it would appear that not everything was okay for Lenartowicz. On Monday, he made a video, which he posted to his Instagram, explaining that he needed a second surgery. As he told it, doctors informed him that because of the complications he experienced in the first procedure, things were not healing correctly. Therefore he would need to go under the knife a second time. Furthermore, he said that he would be headed to the hospital that night, to get the surgery the next day.

Following the surgery, Josh Lenartowicz posted another video to his Instagram. This one was an update, to reassure his fans that he was okay. With a bandage on his head and all, Josh said that the surgery went well. Additionally, he says that the doctors were satisfied with how things went and that he should be alright moving forward.

This was the update from Lenartowicz:

It is good to see that Lenartowicz made it through the second surgery with no complications. Procedures involving the brain are always difficult. However, his fans can rest easy, knowing that he is okay now. Especially, when considering the way the original process went.

FitnessVolt wishes Josh Lenartowicz a speedy recovery. Hopefully, he will be fully healed by 2020, and able to get back to competing at a regular schedule.

Dexter Jackson Confirms That He Will Compete At 2020 Mr. Olympia