Jujimufu Destroyes His Squat PR Ahead Of Powerlifting Meet 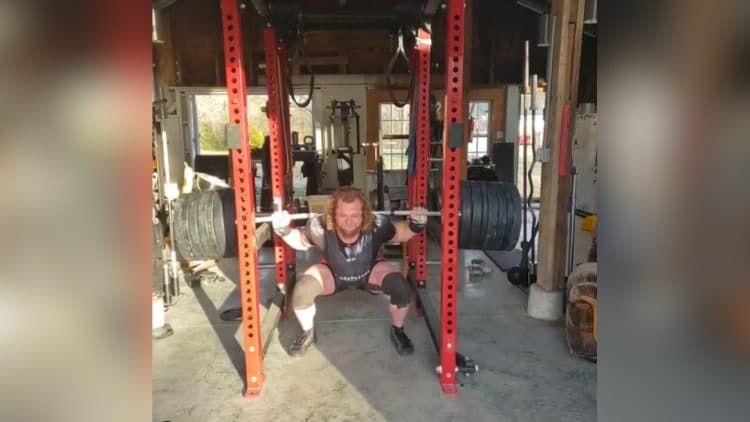 Jujimufu is preparing to compete in a powerlifting contest for the first time in a while. Ahead of this event, he has been putting in some hard work, resulting in a new PR.

Jujimufu, whose real name is Jon Call, is a YouTube fitness guru who has amassed a massive following. He is one of the most successful people on the platform, with over a million subscribers. Known for his intense fitness challenges, he is quite a strong individual.

In addition to his impressive YouTube challenges, Jujimufu also likes to compete occasionally as a powerlifter. Although he has not participated in a meet since December 2018, he is looking to get back to action at the beginning of the year. Ahead of this competition, he has been putting in some hard work in the gym, and those results are beginning to show themselves.

In a recent Instagram post, you can see the progress Jujimufu has been making. In the post, he is working on his squats, and he is absolutely killing it. In preparation for the Mayhem Hybrid Showdown II, he managed to hit a new personal record for his squat, and he looked beastly doing it.

A 615lb squat is quite an impressive lift from Jujimufu. In addition to that, he has been working on his deadlift, so as to bring a full game to the table. Setting a new personal record is a great stop along the way. It demonstrates how hard he has been working, and how ready he is for the contest,

The Mayhem Hybrid Showdown II goes down at the beginning of the year, in February.. Jujimufu has been detailing his training for the event on his YouTube and Instagram. It will be exciting to see how he looks when it comes time for the competition.