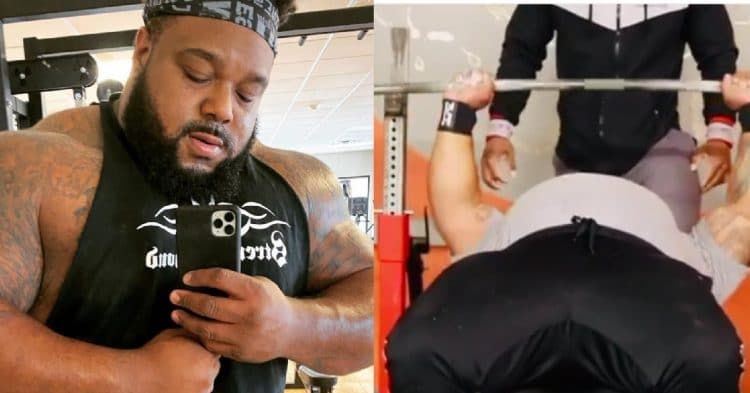 Julius Maddox has his eyes set on a pretty solid bench press goal. In the efforts to reach that achievement, he had a pretty epic recent training session.

Maddox is working his way to an 800lb bench press, which would extend his world record by a massive 30lb. It’s an unbelievable goal, and should he hit it, this would likely stand for a long time. Not only that, but he really seems primed to be able to hit it, even if he has to wait until things begin to return to some level of normalcy in the world before he can attempt it.

Regardless of that, Julius Maddox still is continuing as planned, with his training process for this goal. Fans got to take a glimpse into that training, with a recent video of one of his training sessions. Here he blows through a 640lb bench for as many reps as he can, which ends up being seven before he needs help racking the weight.

Check out the video of the impressive performance:

There are plenty of things that are frankly awesome about this showing. Not only was this a rep personal record for Maddox, but it shows how much better he is getting. He is still quite a bit away from his goal of 800lb, but this is the type of hard work that will get him there.

This is not the only type of work Julius has been doing to improve his bench. He knows it is important to work on the mobility in his technique, just as much as it is to work on the physical weight he can push. That is why he finds himself doing different variations of the bench, to work on his different areas.

Julius Maddox still has plenty of room to grow before he will be hitting an 800lb bench press. However it seems that he is truly doing the type of work needed to make the improvements necessary to achieve that goal.