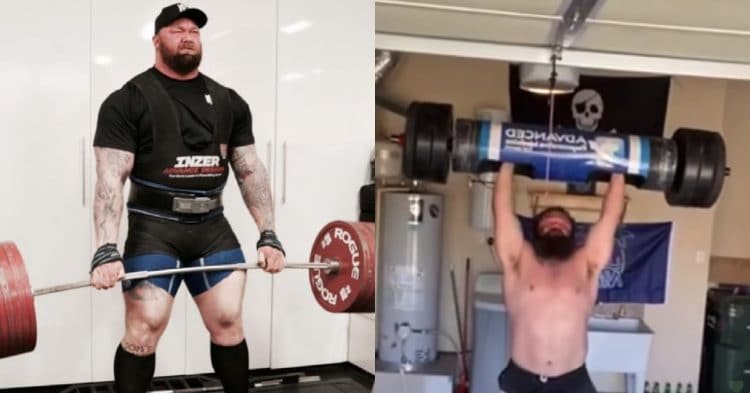 Robert Oberst was one of the major critics of the idea of Hafthor Bjornsson’s controversial 501kg deadlift attempt. Now he took thing up a notch by throwing some shade in the Mountain’s direction.

Oberst was among the many people to voice his opinion on Thor’s controversial world record attempt in a week and a half. He largely was on the side of the critics, feeling that it does not exactly count as a world record. Although it should be acknowledged and celebrated as the heaviest deadlift ever, the fact that it was not in competition means it does not qualify as an official record.

Despite the fact that Robert Oberst has said he does not want to talk about Hafthor Bjornsson’s lift anymore, he decided to take some hilarious parting shots. In a video uploaded to YouTube, he made a parody of Thor’s lift, by pretending to break the log press record. Simultaneously he took digs at the idea that the deadlift should count just because Bjornsson will have a judge there.

“550 kilos,” Oberst said to his training partner and cameraman. “Yeah, my dog counted it. It counts.”

Robert Oberst then proceeds to lift the log that was clearly not 550kg. Then he proclaimed for a plaque to be sent to him, for the heaviest log press world record. It was a comical, but clear attack on everything Hafthor says about why his lift should be the world record.

This is a shift in tone from what Oberst has vocalized previously. He was clearly not impressed with what Thor was attempting, but was trying to be cordial, and showed a reluctance to badmouth the Icelandic strongman. However, this was something he did to go out of his way and poke fun at the situation.

What are your thoughts on the 501kg deadlift Hafthor Bjornsson will be attempting?