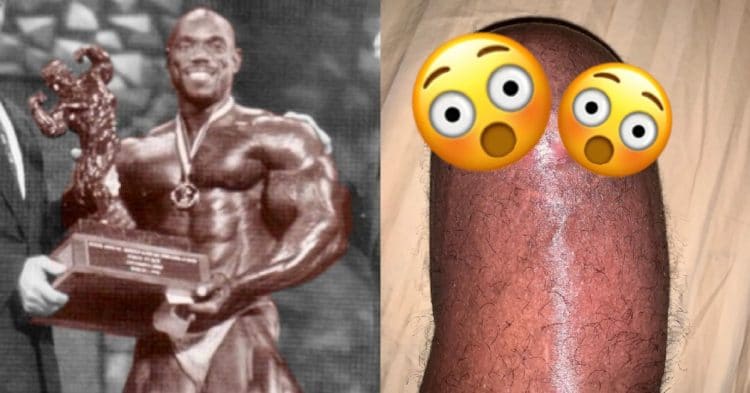 It has been nearly seven months since Flex Wheeler was tragically forced to get a partial amputation on his right leg. Now for the first time ever, he shares pictures of the amputated leg, displaying his progress over these months.

The bodybuilding world shared a level of concern for Wheeler, when he announced that he was in the hospital, undergoing an emergency procedure to remove part of his leg. There were a litany of health issues that led to that point, but it was revealed to ultimately be from underlying health conditions, that seemed to get worse over time. It was a terrible situation, and one that saw his physical health and mental fortitude pushed to a near breaking point.

Now, seven months later, Flex Wheeler is a different person. Not only has he come to terms with what happened, but he has even been able to get back to the gym for some light training. Now it seems he has even gotten more comfortable with his leg, as for the first time ever, he shared some pictures of the amputated leg on his Instagram.

But my FAITH in the LORD GOD is UNBREAKABLE🙏🏾
.
.

I’m not perfect, but I’m perfectly build for this…..”

The first photo, the most brutal one, shows Flex just around a month after the procedure, and the leg is truly in bad shape. He then followed it up with some progress pictures, showing how things have changed. The healing process seems to be doing a pretty good job, all things considered.

It really seems that Flex Wheeler is trying to stay positive the best he can, among these difficult circumstances. Even being forced to stay indoors, he still manages to find a way to have fun with his family. This is just another demonstration of his unbreakable will and motivational story.