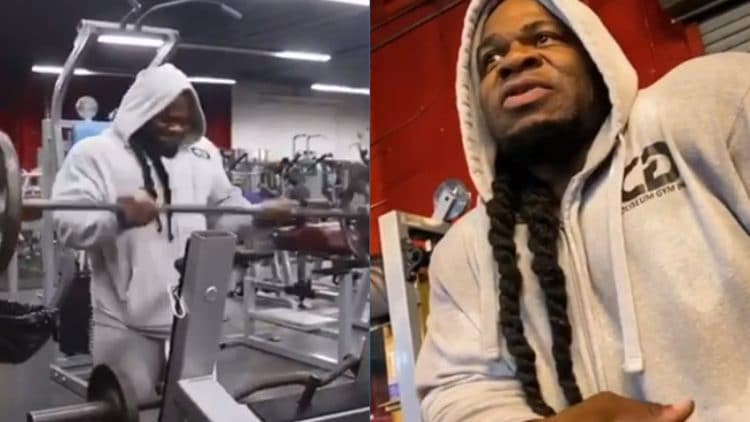 The “Predator” Kai Greene knows a lot about what it takes to become a top-tier bodybuilder/athlete. He’s a three-time Arnold Classic champion, and three-time Mr. Olympia runner-up (2012, 2013, and 2014). And a recent Instagram video showed Greene explaining how a focus on genetics should not take precedence over working really hard to build your physique.

And he’s right, without hard work there’s no way to tell what kind of potential someone has. So, rather than focusing/dwelling on your genetic predisposition, it’s important to do the best you can to build your body to its best shape because it’s the only aspect within your control.

But, on the other hand, genetics definitely plays a big role and no one could deny that.

“As an athlete coming up, you never want to encourage people to think about genetics and devote too much concentration on what your genetic predisposition is…

because bodybuilding is all about not subscribing to genetics, it’s about doing the work that allows you to build your body, he explained”.

Greene wrote, “Don’t tell me it’s genetics,” on his Instagram and you can see the video below…

The “Predator” has always a big proponent of hard work hence the reason for his huge accomplishments. And we hope to see him back on the Olympia stage in 2020 (he hasn’t competed at the Olympia since 2014 or any competition since 2016), hopefully alongside 7x Mr. Olympia Phil Heath; which would be an epic showdown of nostalgia.

There were speculations that Kai Greene was going to compete at the 2019 Olympia with the defending champion Shawn Rhoden and previous winner Phil Heath being out. But Greene has so much going on with his film career, landing a role in an Indian movie recently and even being involved with his fitness business ventures.

However, we think he may be waiting for the other two champions previously mentioned to return before he decides to compete with the best. And Kai Greene’s coach George Farah even said in a recent interview that he’s waiting for the right time to come back to competition.

But, we can only hope and fans would love to see “The Predator” on stage once again!