Life and Accomplishments of Luke Sandoe 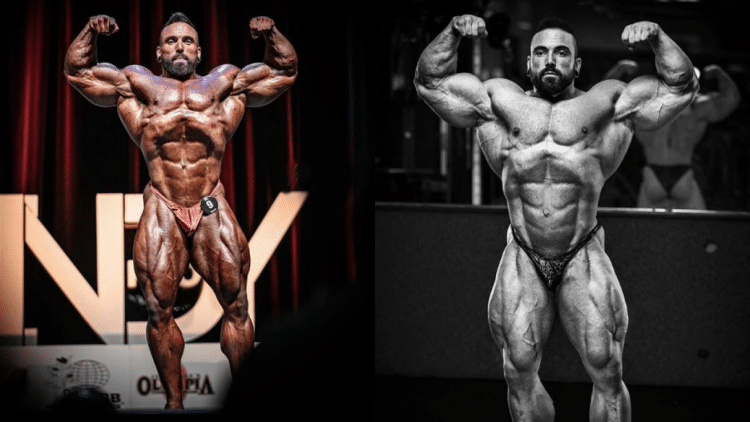 Note: Luke Sandoe Passes Away at 30!

Luke Sandoe is a bodybuilder who reached some high levels of the success in the sport, before his untimely passing. This is his background, life story, diet, nutrition, training regimen, and more.

Luke Sandoe is a bodybuilder born in Bournemouth, United Kingdom. As a child, he kept a very active lifestyle, participating in many sports. In fact, he referred to himself as always being a fairly muscular kid. This was in part to his fascination in comic books, admiring the muscles of superheroes.

Sandoe read Flex Magazines, given to him by his mother, at a young age. Looking at these magazines, he was immediately intrigued, He discovered that he would have the ability to make his body as muscular as the heroes he looked up to in the comics.

However, a career in athletics was not a sure thing for Sandoe. In his teenage years, he developed an interest in music. At the age of 20, he began playing drums professionally. This is how he would earn a living for two years until he began to lose interest in it.

During his brief tenure as a drummer, Luke Sandoe began getting a little out of shape. He discovered that he had gone soft around the midsection. As a result, he decided to get back in the gym, as he stopped playing music and dove deep into the fitness world. Therefore, he began seeing results immediately and grew more and more interested in making it a career.

By the age of 23, Luke Sandoe began to become immersed in the lifestyle of bodybuilding. As a result, he would look to enter his first competition, the 2012 South Coast Juniors. Subsequently, he would win the competition, in what he referred to as a fluke. However, people watching did not see it the same way. From his first contest, people looked at him as someone with massive potential.

Due to the result of his first competition, Sandoe was qualified for the 2012 British Finals. Taking the stage here, he was able to earn second place, giving him the confidence to fully pursue a career in bodybuilding. He continued his amateur run through to 2015, earning first place at each stop along the way. His increase in size and skill propelled him to become one of the best prospects in the UK.

2015 would be the final year that Luke Sandoe would compete as an amateur. He took the stage at the UKBFF British Championships, where he would take sixth place, in the super heavyweight division. Following that, he competed at the 2015 Kent Classic, which he scored second place, earning his Pro Card in the process.

Sandoe took a year off to prepare, before starting his pro career in 2017. He would make his pro debut at the 2017 Arnold Classic, where he placed in sixth place. Following that, which he considered a loss, he took the rest of the year off, working harder in the gym.

However, Luke Sandoe took 2018 by storm, competing three times. His most notable performance was third place at the Indy Pro. Then, in 2019, he would have his best performance to date. At the 2019 Arnold Classic, he earned third place, and at the Tampa Pro, second place. The latter of those two showings earned him an opportunity to compete at his first Mr. Olympia competition, where he landed in eleventh place.

In addition to his career as a bodybuilder, Sandoe also began a career in personal training. He uses his knowledge and experience to help others with the intent to build muscle. His hardcore approach to training, along with his vast knowledge, has assisted him in working with others to achieve their goals.

Luke Sandoe prefers to take a high volume approach to his training regime. During competition season, he puts a high focus on chest and delt workouts, as well as training his shoulders and arms. One of his biggest features is his back, which he takes extra time to train. Part of what makes him so special when competing is the width and size of his back. Additionally, his favorite exercise is the bench press, which he does routinely.

When it comes to the off-season, Sandoe takes a slightly different approach to training. He maintains his well-rounded and dedicated mindset. However, this is a breakdown of his off-season training split for his chest and delts:

During the in-competition season, Luke Sandoe looks to slim down, like most bodybuilders. On the other hand, he bulks up in the off-season, gaining more muscle. He adheres to a strict diet to achieve both of those goals. Typically the diet consists of rice and chicken, with a healthy dose of protein. He usually eats around 20-30 minutes after hitting the gym.

Luke Sandoe has not been competing as a professional for very long. Nevertheless, he has quickly garnered much attention for his intense approach to training. He is incredibly focused and looks to always improve and get better. As a result, it will be interesting to see how his career progresses from here.

Moreover, Sandoe is also interested in helping others achieve success. In addition to his burgeoning career in the field of a personal trainer, he also helps with physique training. He also has written articles for various fitness magazines, giving advice to others, to help reach their goals.