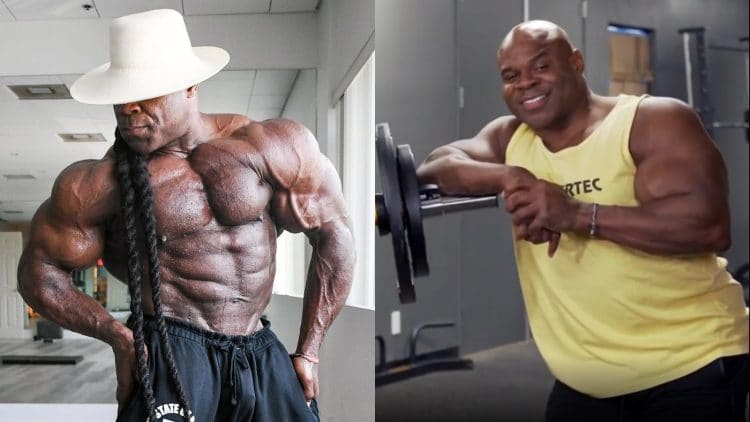 Bodybuilding legend Kai Greene’s recent social media videos have led to speculation of him potentially downsizing. Greene has not competed professionally since winning the 2016 Arnold Classic Brazil. His absence from competition indicates that he may never compete professionally again. However, the 46-year-old has maintained his massive physique more than five years after his last competitive showing. Off late, Kai Greene’s social media posts have raised speculations that he might be downsizing and that it could be a hint of him stepping away from the competitive side of bodybuilding for good.

Greene has posted several videos on his Instagram account to promote Powertec equipment and machines. Looking at his physique in the videos, a lot of people in the comments section wondered if Greene was downsizing. However, there is no clear evidence or major size difference to suggest that to be the case. Kai Greene’s vascular and shredded look is missing in these videos but his size is still there.

The difference in Kai Greene’s appearance can be attributed to a lot of different factors like changes in diet, supplements, training routine, or other things that are privy to him. However, there is no room to say that he is certainly downsizing.

Most of us are in awe of the kind of physique and conditioning that professional bodybuilders bring to the stage. Fans expect to see their favorite bodybuilders look a certain way irrespective of factors like long-term health and priorities after retirement. It could be one of the reasons that speculations like these emerge even when people notice the slightest difference in a bodybuilder’s physique. However, it is important to let bodybuilders choose their way after retirement without burdening them with our expectations of how they should look.

Kai Greene is an American professional bodybuilder that competed in the open pro division from 2005 to 2016. Although he earned the IFBB Pro card with a win at the 1999 NPC Pro Universe, Greene took a five-year break from the sport and NPC Pro Universe in 2004 again.

A six-time Mr. Olympia participant, Kai Greene finished in the top five on five occasions and finished second in two of those. He is considered among the best bodybuilders that never won the Olympia crown. During his storied career, Kai Greene won 11 pro shows which include three Arnold Classic wins. He last competed at the 2016 Arnold Classic Brazil and finished first. He has not announced his retirement officially. However, it seems less likely by the day that he will compete again as a professional bodybuilder.