The 2008 Mr. Olympia champion took to social media and showed he still has it. 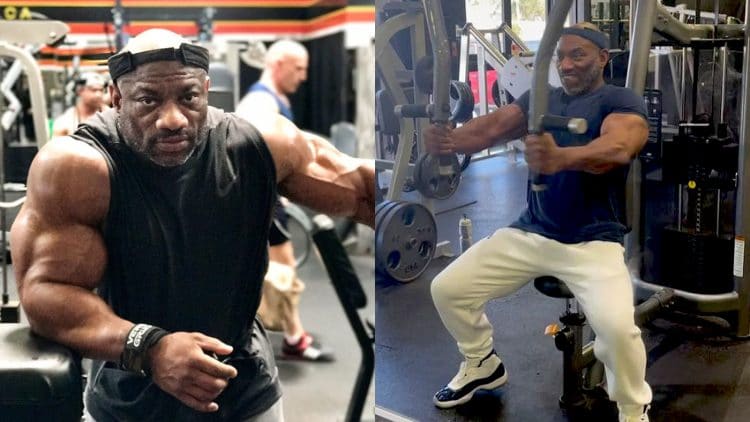 Retired legend Dexter Jackson is one of the most successful bodybuilders to ever grace the stage, so it’s safe to say he has a handle on exercises geared at improving physiques. Recently, Jackson took to social media and demonstrated solid form while hitting weights in the practice room.

Dexter Jackson put the world on notice many times with his aesthetically pleasing physique. During his reign of destruction, the bodybuilding legend amassed countless titles including a record 5, 1st place performances at the famed Arnold Classic (2005, 2006, 2008, 2013, 2015). There are few obstacles “The Blade” hasn’t toppled, as he also earned the grand prize at Mr. Olympia in 2008 as well.

Despite getting older, Jackson is still putting solid work in while practicing in the weight room. The longevity of Jackson is a rare and welcoming concept as the sport has witnessed far too many deaths in the industry this past year. At 51-years-old Jackson has utilized hormone replacement therapy and maintains that it has helped significantly with health after retirement.

Dexter Jackson Still Has It At 50+Years-Old

Dexter Jackson is a storied bodybuilder and stays in shape year-round. Recently, “The Blade” shared on Instagram his workout that got a good pump going.

If you’re looking for motivation, look no further because even in his twilight years, Dexter Jackson is putting the work in. With 29 bodybuilding titles to his name, there are few athletes able to sustain the level of activity that Jackson demonstrated during his competition days.

While Jackson lacked some physical characteristics like height (only standing 5-foot-6), he made up for it in spades with his incredibly defined physique and explosive stage presence. The five-time Arnold Classic winner’s cornerstone of success is consistency, and even in his fifties that has not changed.

As one of the busiest competitors in the sport, Dexter Jackson remains a pillar of knowledge in the bodybuilding community. After securing 9th place at the 2020 Mr. Olympia, “The Blade” decided to call it a career. Recently, Jackson shared a video of his workout, and the legend’s physique still looks to be in top form.