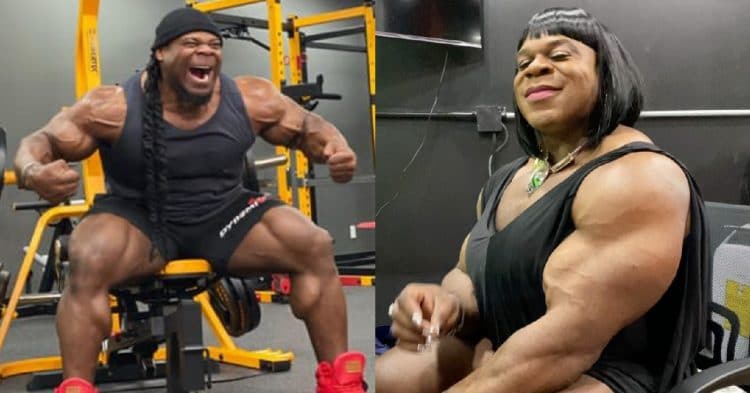 Bodybuilder Kai Greene has earned a reputation for being one of the biggest bodybuilders on stage nowadays. However he recently gave fans a glimpse into his more sensitive side, with a few interesting videos.

To put it frankly, Kai Greene is one of the best bodybuilders to not have won an Olympia title. He was the runner up three years in a row, and holds three wins at the Arnold Classic. Although he has been focusing on other endeavors in recent years, he is still one of the most entertaining people in the sport.

Recently Kai Greene decided to give fans a different look at him, in a hilarious video posted to his Instagram. Here you can see the massive bodybuilder dressed up in a wig, and with makeup on. It’s hilarious to see him lip sync A Thousand Miles by Vanessa Carlton. The whole thing is reminiscent of seeing Terry Crews in the movie White Chicks, in its level of humor.

As he explains in the post, Greene has been doing a variety show on his YouTube channel. This is why he dressed up like this, and he plans on doing more episodes in the future. Regardless it is entertaining to watch him give these extra clips of entertainment to his social media followers.

This was actually the second video that Kai uploaded, of this nature. A little bit before that clip, he also gave a glimpse into the process of him getting ready. Here you can see the 44-year old bodybuilder getting help putting on a bra, laughing about how silly he feels.

It is definetly not a common thing to see someone like Kai Greene all dolled up like this. However it serves as a perfect reminder of how crazy and unique he is. If only we can get him back on the bodybuilding stage soon, too.