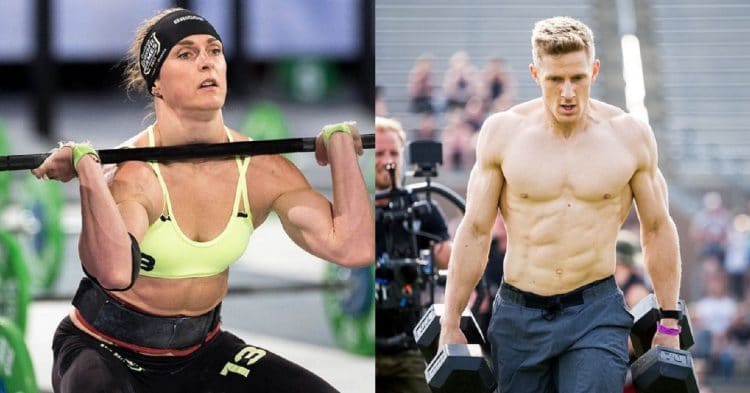 There has been some unrest in the CrossFit community over the last few weeks. Now longtime athletes Sam Briggs and Brent Fikowski as well as others are taking action to show their support in this difficult time.

To recap, former CrossFit CEO Greg Glassman made multiple controversial comments, which resulted in unrest in the sport and the loss of sponsors for the company. This frustration was further displayed when several big name athletes and affilates spoke out against the comments, with many people announcing they would not compete at the 2020 Games. Most recently, more troubling reports have emerged suggesting that Glassman was constantly engaged in acts of sexual harassment, allegedly involving multiple employees and athletes.

Now it seems that more athletes have spoken out against the organization. Multiple time CrossFit Games veteran Sam Briggs revealed that she would sitting out this year, standing with the athletes who are protesting the company right now. She took to Instagram to explain hee stance to her fans and explain that she will not be competing until CrossFit is under new ownership.

“I found CrossFit in 2009 and instantly fell in love with the training methodology and the community.

I competed in my first Games in 2010 and knew this was what I was meant to do. The next 10 years I dedicated my life to competing and was proud to say I was a CrossFit athlete. I was proud to own a CrossFit affiliate. I’ve stuck around so long because I truly love the sport and meeting such incredible people.

It’s because of this that it is with such a heavy heart I say that this year I’m out. Until CrossFit has new ownership and I can once again say I’m proud to be called a CrossFit athlete, I will not represent or compete under the brand.”

In addition to Sam Briggs, Camilla Salomonsson-Hellman, Tim Paulson, and Emma McQuaid all revealed they are not competing. Another longtime veteran of the CrossFit Games, Brent Fikowski is also out of this year’s Games. When saying so, he did not reiterate the reasons why, but he took to his own Instagram a few weeks earlier to say that he was standing against the comments from Greg.

We didn’t do this to be “influencers” but because of our athletic success we have some influence. We don’t have a fancy PR team running our IG, its just us and our phones. Things have been happening fast lately and it’s hard to keep up, but we feel that something has to be said following Greg Glassman’s Twitter comment.

CrossFit has been our community, our livelihood and our passion for a long time.
The comments made by Greg were unequivocally wrong and insensitive to a population that is hurting.
CrossFit is bigger than any one person’s Twitter, as anyone who has walked into their community gym can attest to.
Pat and I will be continuing to work on ourselves and those who we have been fortunate to touch through our sports careers. I very much hope that Greg can step up and do the same.”

The unrest among these athletes seems to only be escalating, with the total number of athletes boycotting the Games now reaching 20. Despite Glassman stepping down as CEO, Sam Briggs, Brent Fikowski, and others want to see bigger change. This is certainly understandable, given the extent of these disparaging remarks, and allegedly despicable behavior.