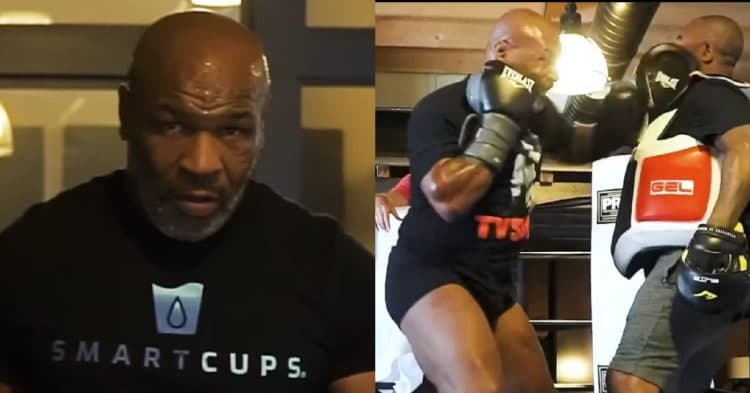 It has been a few weeks since Mike Tyson revealed that he was considering making a comeback. Now he shares another training video that cements the fact that he is still quick, especially for his age.

At age 53, it was surprising to hear that Tyson was looking to return for one final boxing match. This shock was further expanded when he would share some training footage to go along with the announcement. Not only did it show that he had gotten jacked over the last several months, but he also proved to still have the explosive power he was known for in his prime.

Most recently, Mike Tyson decided to show that he is just as quick as he is powerful. Taking to his Instagram, he shared a video that he made for a sponsor. However the content of the video is what has captured attention, as you see the former heavyweight champ moving around the ring in a quick and explosive manner, while hitting mitts with extreme force.

That is certainly not bad for someone Mike’s age, and it shows that he has been making improvements since he began this journey back. He is obviously far removed his prime, but he is showing a lot of the technique you would hope to see from a retired boxer making a comeback. Honestly, he seems to have skills that would even give Jamie Foxx a run for his money.

With no opponent having been mentioned yet, it is hard to know when Mike Tyson might be returning to the boxing ring. However Evander Holyfield has been mentioned as a potential candidate, in what would likely be a charity match. Either way, the anticipation for the return of this legend is through the roof, and only increases with each training video he shares.