Kai Greene Looking To Give Plant-Based Diet A Try 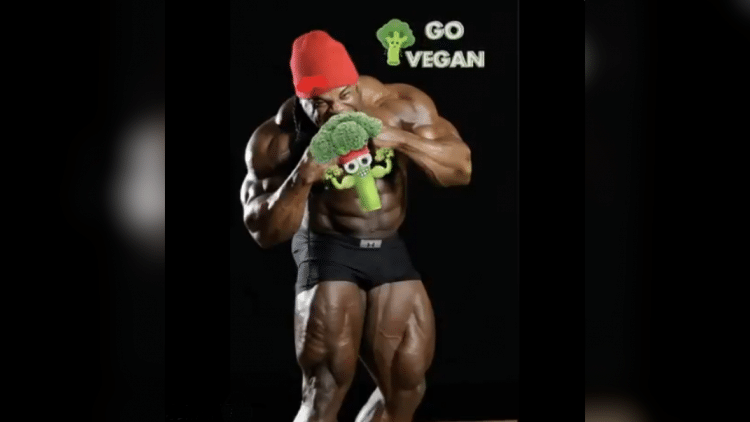 Kai Greene is one of the most high-level bodybuilders in the world. Now, he is looking to make an attempt at a change in diet, going plant-based.

Greene has been around as a bodybuilder, and a top athlete, for a long time. Therefore, he is very much aware of what it takes to be successful. Having a strong diet is just as, if not more important than training regularly. On top of that, having a sustained amount of protein in your diet is critical. Subsequently, he has typically stuck to meals consisting of meat and rice or vegetables.

However, something that has recently changed, is the idea that you need to eat meat to get that protein. For a long time, it was believed that in order to get enough protein to get muscle mass, you have to get it from meat. Nevertheless, Greene has recently discovered that he is able to be just as successful with a plant-based diet.

It started with a Twitter message asking for information about plant-based diets.

Thinking about going on a plant based diet. Still doing some more research. Anyone here have experiences with it ?

“Thinking about going on a plant based diet. Still doing some more research. Anyone here have experiences with it ?”

This message from Kai Greene resulted in a response from James Wilks, writer, and producer of The Game Changers. This is a documentary, which outlines how you can be successful as an athlete, with a plant-based diet. Wilks reached out to offer his and his team’s expertise.

“James Wilks, the producer and narrator of The Game Changers here. DM me on Instagram, and I can have our science team/sports dietician help with whatever you need. No one has more info on this than our team, when it comes to optimizing performance with plant-based nutrition.”

Well, it seems that Greene liked what he heard when he decided to reach out. As a result, he has decided to make a change in his whole diet. This was something that he announced, with another Twitter message. In the post, he explains that he has decided to give a plant-based diet a 7-day trial run.

NOT in the meat section ! but still kicking it with the meat lovers. We’re cool 😎 7 day plant challenge! pic.twitter.com/mlrYWSDBZq

Moreover, Greene followed this up with another message, confirming that he was working on day one of this challenge.

This is a big change that Kai Greene is making to his diet. It will be very interesting to monitor his progress and see what comes of it. If he is able to maintain his mass. Additionally, it is worth watching, to see if he will continue this after the seven days is up.

Workouts For The Busy Bodybuilder