Kai Greene pretends to be a gym-menace to promote launch of the new Ryderwear training shoe! 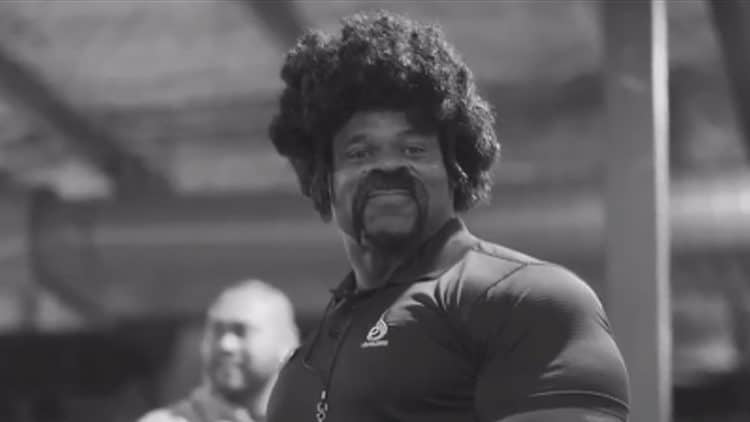 Bodybuilding legend and three-time Mr. Olympia runner-up Kai Greene recently went undercover wearing a get-up which he described almost made him look like Samuel L. Jackson. Greene went around Derrimut gym in Australia messing with fans and even doing some yoga in front of a room full of ladies.

But, of course, he was recognized by a few people and all of this was to promote the launch of a new training shoe called the ‘D-Mac Block’ by the Australian company Ryderwear. Greene says the shoe giveaway was actually a way to “give back to the young, up and coming bodybuilding community.”

Kai Greene gave out 100 pairs of these cool-looking shoes to random people and aspiring lifters.

“Undercover Kai: Would You Know It’s Me?
To celebrate the launch of the New @ryderwear D-Mak Block we had a bit of fun with the members & team at Derrimut Gym.”

Bodybuilding veteran Kai Greene brought aesthetics to a whole new level throughout his career and recently joined forces with Blessing...