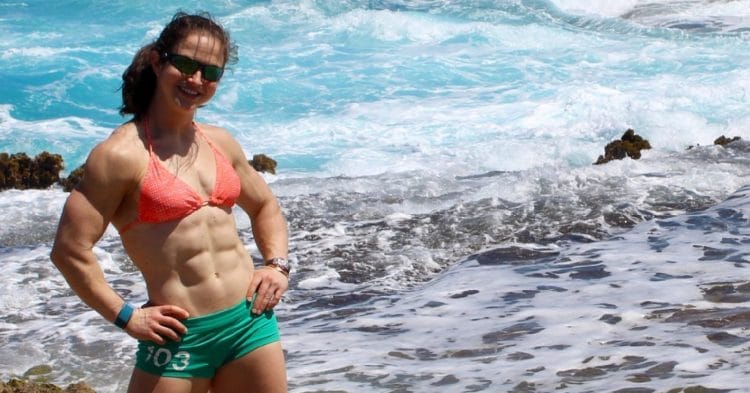 Kari Pearce is a CrossFit athlete, who has competed at the Games multiple times. She recently shared some workouts you can do, in order to get some ridiculous abs like hers.

Pearce is the three-time Fittest Woman in America, and has competed at the CrossFit Games on five different occasions. Currently she is the fifth ranked female athlete in the world, and has made a big impression on the sports world. Moreover she has competed at different events around the world, making her a known commodity in various countries worldwide.

The one thing that has stuck out the most about Kari Pearce, is her ridiculous abs. She has one of the best six packs you will see, and that is saying something given some of the athletes she competes with. However she has developed her own and workout plan that she teaches others. Not only that, but she shared some of those workout plans with her followers on Instagram.

These are the exercises she shared to get some killer and:

Take a look at the videos:

Pearce does a great job breaking down these exercises, and what they work. Moreover she recognizes that some of these exercises may be difficult for some people to do. As a result she gives some advice to scale the exercises based on your specific fitness needs.

Few people have abs like Kari Pearce. If this workout routine helps to get you closer to having a similar six pack like her, then they are definitely worth the effort. Even if some of the ideas are a little more advanced for some people, they certainly give you a good place to start.