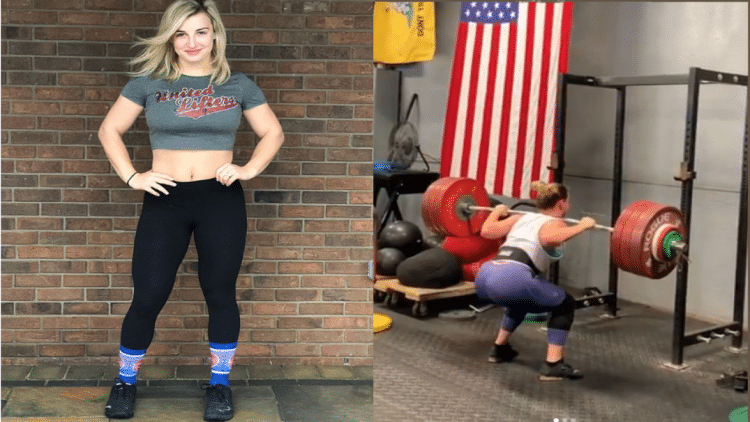 United States weightlifter Katherine Nye, is turning heads, leading into the Olympic season. Now, the multiple-time champion is pushing her own limits.

Nye has been having quite the year, since changing from the 68kg weight class, to 71kg. When she was able to do that, she went on to become both the International Weightlifting Federation Junior Champion and the Pan-American Champion. This alone is quite the feat.

Nye’s performance at the IWF Junior Championships was spectacular. She won gold in all three categories of a snatch, clean and jerk, and total lift. Of those three categories, she set new records in two of them. Nye set a new record of 137kg clean and jerk and a 246kg total. On the other hand, although she did not break the record, her 109kg snatch was only two kilos short of the current record. So, it was a pretty solid showing.

Despite this, it seems the more impressive run came at the Pan-Am. It was here, that Nye managed to go six for six at 71kg, claiming gold in three events. Additionally, she set new records there, as well, but with every single attempt. Her snatch ended up at 110kg, with a 135kg clean and jerk. In the end, Nye would end up with a 245kg total, also a new record.

So, it is safe to say, that going into the 2020 Olympic year, Katherine Nye is on the right path. However, her record-breaking does not end there. She took to Instagram to show off her squats, this time breaking her personal record, at 182kg/400lbs. Additionally, she proceeded to do 175kg for 4 reps, and 165kg for 5.

Yet, the day didn’t end there for the young weightlifter. Nye posted another video, this time setting a PR for her deadlift.

It seems that Katherine Nye has been on quite the run, as of late. Perhaps heading into the 2020 Olympics, we could see her breaking more records.