Michele White spoke out on the "dangers" of protein shake consumption. 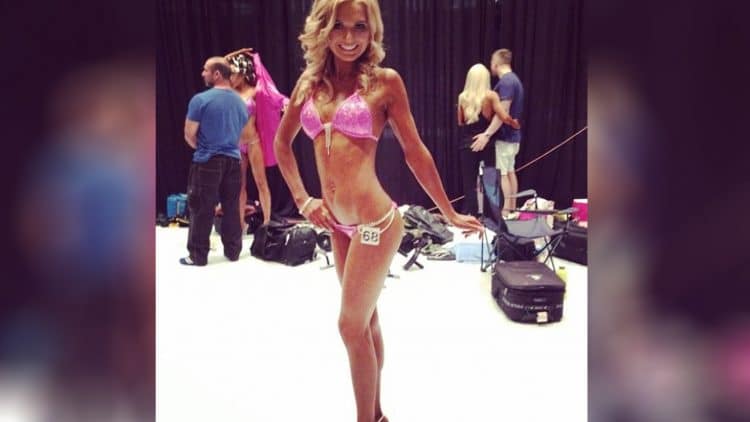 Two years ago, Meegan Hefford from Australia was a normal 25-year-old woman who took an interest in fitness after giving birth. Her mother, Michelle White, 52,  just thought it turned into the typical obsession after Hefford won a few competitions from getting into such great shape.

She suffered from post-natal depression according to White who spoke with mirror.co.uk about her daughter’s death. After being medicated, Hefford put on a stone in weight in which she hated. So, she started to hit the gym hard but it turned into more than an interest… and more like an obsession.

“Over the next few weeks I watched the children whenever possible so she could train in the evenings, and as the pounds dropped off her, her confidence soared.

Except, within a few months, her love of fitness turned into an obsession about her body image,” explained White.

Hefford’s obsession with fitness spiraled out of control and her diet was super strict, where she ate the same thing every day, including a protein shake which she had after every meal. Her meal plan was exactly the following…

“Chicken, red meat and egg whites, sometimes with steamed veggies on the side, and always a protein shake to wash it all down.”

Her mother explains having a serious concern after seeing her daughter downing protein shakes while her hands were shaking just to get them down.

“She was winning trophies for her sculpted physique, but one morning when I popped round to see her and the kids I noticed her hands shaking as she downed yet another protein shake with her body building supplements.”

White told her daughter to take a break after Hefford explained she was feeling exhausted and so she did. But White went on a camping trip with Hefford’s two kids and felt something was off.

She then received a call from the paramedics who told her, “Your daughter has collapsed and was found unconscious.” After two women discovered her unresponsive after a rental inspection.

So White rushed to the hospital to find her daughter lying on the bed. But two days later, the Doctor delivered some unfortunate news, “Meegan has limited brain activity. I’m afraid there is very little chance she’ll recover.”

And then Meegan Hefford was pronounced brain dead the very next day.

“Unbeknownst to everyone, Meegan suffered from Urea Cycle Disorder, which meant having such a protein-heavy diet caused a build-up of ammonia in her blood.

It was a genetic condition that made it hard for the body to remove harmful waste products left over from the digestion of proteins found in the shakes she consumed daily.

The ammonia had reached her brain, causing irreversible brain damage.

It was a silent killer, and the endless protein shakes and dangerous dieting were Meegan’s downfall.”

Protein products and a diet plan made for Hefford with high-protein requirements were found after her death which made White angry after discovering them.

But White learned afterward that her and Hefford’s daughter Alexa also have the same condition.

“In the end, my daughter’s tragic death, aged 25, saved four lives,” White referring to the organ donation and learning of her own diagnosis of the condition.”

Meehan Hefford left behind a daughter and son Alexa, 8, and Liam, 6, due to the condition which apparently affects 1 in 8,000 people.

“I want the health industry to enforce regulations on the sale of protein powder and supplements.

Only certified nutritionists should offer advice on dieting, and I urge people to get medical checks before drastically changing their food intake.

It’s too late for Meegan, but I hope by sharing her story she can save another family from this pain.”

But protein shakes are used by millions of people daily and this is definitely a rare case which isn’t typical. Meeghan Hefford’s genetic condition was the cause of death and after going undiagnosed, the excessive protein seemingly proved to contribute to her death from not being able to excrete the waste products normally, according to the Doctor.

The year 2017 has been truly crushing for bodybuilding fans as the community has suffered some terrible losses. Rich Piana...

A diet of protein shakes and supplements has been found to have contributed to the death of a West Australian...