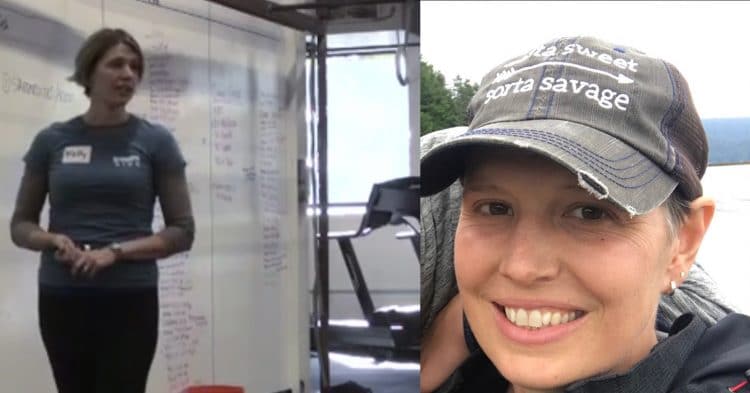 The CrossFit community is now mourning the loss of an amazing athlete, trainer, and friend, Kelly Brown, who recently lost her battle with cancer on September 15th, 2020.

On January 3, 2017, Kelly Brown, CrossFit trainer and athlete, received the news she had a massive ovarian tumor that needed immediate treatment. Shortly after the diagnosis, Brown’s family found the top hospital and surgeon in the nation to help ensure she received the best care possible.

After the initial surgery, Brown and her family received the news she was dealing with an extremely aggressive, incurable type of cancer. While her diagnosis at the time was just three to six months to live, Brown took a proactive stance against his disease. She opted to enter a clinical trial that helped her live and fight for four years.

Unfortunately, on the first day of the 2020 CrossFit Games, September 19, 2020, the news that Kelly Brown had passed away on September 15, 2020, was released. This is a huge blow to Brown’s family and the entire CrossFit community that watched her fight so bravely against this disease for so many years.

“It is with deep sadness that we report our longtime friend and CrossFit Kids Seminar Staff Flowmaster Kelly Brown passed away at 6:08 a.m. Tuesday morning, after a courageous five-year battle with ovarian cancer. She was 44.

Kelly is survived by her husband, John, and their two beautiful children, a 14-year-old son named Quinn and 11-year-old daughter named Wesleigh. An incredible wife, mother, teacher, coach, affiliate owner, and friend, Kelly contributed so much to all whose lives she touched, and her loss has rocked the CrossFit Kids’ Team, the CrossFit Training Department, and the CrossFit community as a whole. Kelly made everyone and everything she was involved in better. She will be sorely missed by all who had the privilege of knowing her.

If you’d like to support Kelly’s family during this difficult time, a memorial fund has been established in her honor”

Kelly first started her CrossFit journey in 2006 and opened her first gym with her husband, John, in 2007. Since that time, Kelly was a huge advocate for those who were interested in CrossFit and helping train new individuals in the activity. Kelly also served as a member of the CrossFit Kids HQ staff for 10 years. Her impact in the CrossFit community will live on, even after her passing.

Kelly Brown’s memory will live on through her husband, children, family, and friends. She is remembered as an amazing mother, wife, affiliate owner, coach, friend, and teacher. There is currently a GoFundMe page set up to help her family cover the final expenses related to her passing.