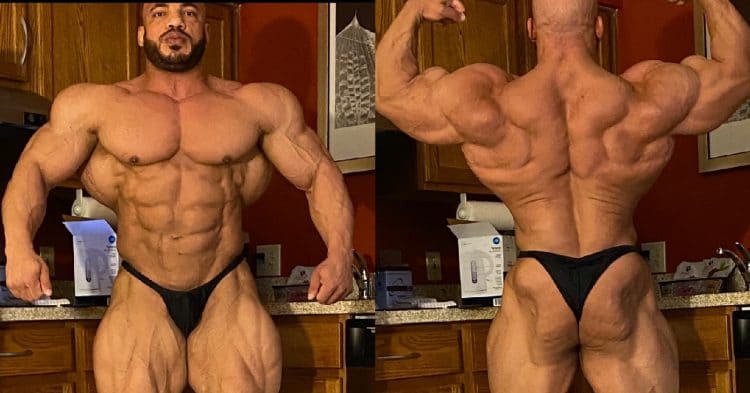 Fan favorite bodybuilder Big Ramy is looking to be back in action at the upcoming 2020 Chicago Pro. Ahead of the show, he provides some reminders of how he looked the last time we saw him, before the 2020 Arnold Classic.

In the eyes of many, Ramy has the potential to beat anybody if he is able to show up at his fullest potential. Unfortunately that seems to be a struggle for him, as he will regularly look awesome in prep mode, only to fall flat on competition day. Yet he has still managed to garner quite the fanbase, not to mention put together some decent performances over his career. Even just a few months ago, he was able to score third place at the Arnold Classic, with a stellar physique that was only a few steps behind Dexter Jackson and William Bonac.

Now Big Ramy is gearing up for his next appearance on stage, at the 2020 Chicago Pro. About five weeks out from the contest, the Egyptian bodybuilder took to his Instagram to remind fans how good he can look. He did this by sharing some throwback photos to just before the Arnold Classic earlier this year.

There is certainly a lot to like about what we see here from Ramy. The most notable thing off the bat is the fact that his legs looked absolutely peeled, with his calves arguably looking better than he has ever had them. The size of his back is huge too, which is saying something given how massive he usually is when he takes the stage.

On the other hand, there is still a good amount of areas for Ramy to work on, which was evident by his eventual third place score. One of the biggest areas that seem like they will continue to give him troubles against the elite, is the lack of symmetry in his midsection. Not only that, but the definition in his back is still leaving a lot to be desired. Although if he focuses more on leaning out, things could improve for the better.

Any time that Big Ramy steps on stage, there are a lot of uncertainties about what fans can expect out of him. The one thing that never changes though, is that he is always looking enormous when it comes time to compete. Hopefully he can improve from how he was in March, and look even better for his next time stepping on stage.

Editor’s Note: Edited to reflect the proper date of photos.