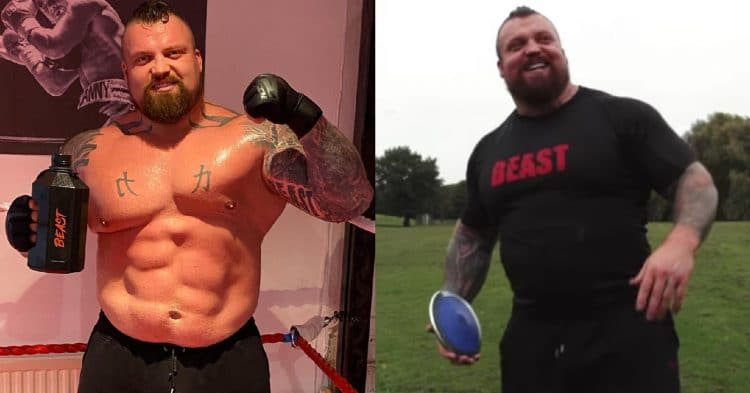 Most sports in this world are reliant upon technique, over strength or physicality. This is something Eddie Hall learned the hard way when he gave Olympic discus a try for the first time since he was a child.

Although he is one of the best strongman competitions of all time, Hall likes to dabble in all kinds of activities. Not only is he currently focused on learning to box, but he has also tried a variety of ways to push his fitness, from trying CrossFit, to Navy SEAL Physical Fitness Tests, and more. While he is not always successful, every time he does things like this he walks away proud of how far his natural athleticism can take him.

Unfortunately this would not be the case for his most recent endeavor, as Eddie Hall recently tried his hand at Olympic discus throwing. This was a unique task, one that Eddie explained was something he only had minimal experience with. Nevertheless he uploaded his efforts to YouTube all the same, even though things did not go quite as well as he likely hoped.

“We’re going to be doing Olympic discus throwing. You’ve seen it on the TV during the Olympics, and I’m sure that most of you have done discus throwing in school. I know I did, when I was in high school, before I got expelled. But it’s hard, from what I remember.”

Eddie Hall goes on to explain that the Olympic weight for a discus is 2kg, and that there are a few ways to throw the discus. He then looks up the world record, which belongs to Juergen Schult, who was able to reach 74.08m in 1986. With that goal in mind Eddie, alongside his friend Patrick, get to work on their attempts.

On his first try, Hall cocks back and throws, landing at 36m, while Patrick goes 24.9m. The pair then look at Schult’s technique of landing the world record, noting the fact that he spins before throwing. Then hilariously Eddie tries to copy these movements, but fails miserably. He finally gets a good spin, which lands him at 33m, worse than his first try.

After hurting himself on the spinning throw, Eddie Hall wants to give it one more try. He looks up some more records, noting a 17-year old threw the Olympic discus 65m for a world record. So he tries one more time, managing to get all the way to 42.4m, which he notes is still barely more than half of what the world record is.

It is safe to say that Olympic discus is not the sport for Eddie Hall. However he still has enough skill to get away with virtually any other athletic endeavor. Perhaps if he had the time to master the technique behind it, he could perform better.