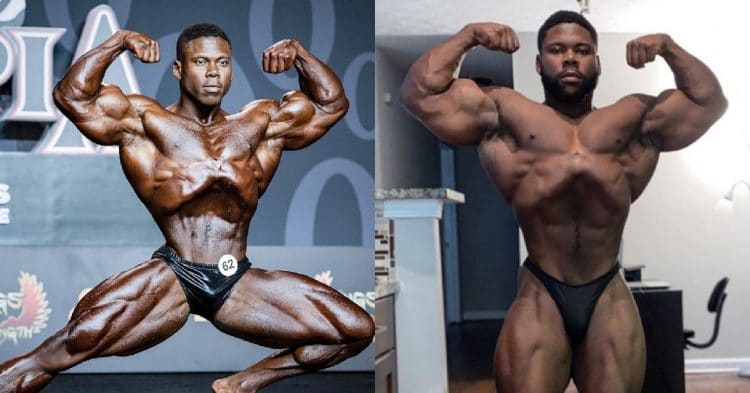 Keone Pearson is expecting to make his debut in a new bodybuilding division later this year. In preparing for this challenge, he seems to be taking things seriously and is looking pretty jacked.

That is why fans were left in shock when Keone Pearson announced that he would be moving up to the 212 Division for future contests. He cited troubles making the 180lb limit as the main reason for this change. He said that his body is growing naturally as he ages, so he wanted to adjust accordingly.

During this global health crisis, Keone’s ability to make his 212 debut has seemingly been delayed. However, that does not stop him from needing to stay disciplined and focused on the task at hand. He took to Instagram recently, to show off his progress, and boy does he look ready to make that debut.

“No gym for 5 days . Eating 6 meals a day. 0 cardio . Still floating around 208lbs but @pjbraunfitness came with a game plan for me to break through this weight plateau. So this will be fun!!”

Despite being a little underweight from what he is looking to be, the growth is evident. Especially compared to about a week prior. He is clearly working hard to prepare for this, alongside his trainer PJ Braun.

It is unclear whether or not Keone Pearson will be able to make his 212 debut, this year or not. However one thing is certain: whenever that time comes, he will be fully prepared to make the most of it. Judging by the way he is looking here, with just a little more mass, he can make a big impression.