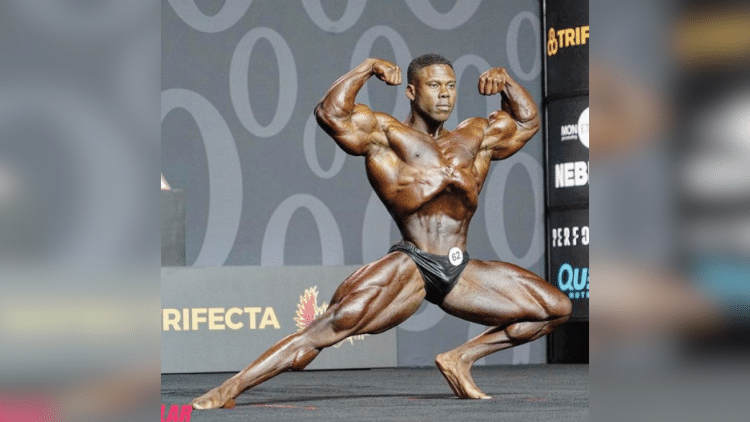 Keone Pearson made his Olympia debut in Classic Physique over the weekend. However, he now intends to change divisions moving forward.

Pearson certainly put on a respectable showing in his first appearance on the Olympia stage. Despite it being his debut, he earned fourth place in Classic Physique. While sharing the stage with veterans like former winner Breon Ansley, and new champion Chris Bumstead, this makes a big statement.

Nevertheless, Keone Pearson is looking to make changes moving forward. Following the massive showing in the Classic Physique division, he has decided to abandon this pursuit. He announced via Instagram, that moving forward he would be moving to the 212 Division.

Here was his message:

“Ended my 2019 season with a bang! Lit the fire more in me @pjbraunfitness for the next season to come.

But I think it’s time to hang up the classic trunks and take some time to actually “GROW” and reach my full potential.

Let’s fill out this frame and welcome myself to the 212 division! .
178lbs stage weight here”

This is an interesting decision coming from Pearson, but it definitely makes sense. He clearly has some good size and more of an ability to gain muscle. As he alludes to, he weighed 178lbs at the Olympia. Therefore, if he takes some time to put on the size in the right way, he will be a force to be reckoned with. His body type and physique would be incredible with more mass.

With Hadi Choopan making the decision to compete in the Open division, there is a spot open for a fresh, new competitor in the 212 Division. Additionally, after winning the 212 Olympia, Kamal Elgargni announced that he would retire from the division.

Therefore this could be the perfect timing for Keone Pearson to move to this division. No matter what, he has earned a name for himself, and it will be interesting to see him moving forward.

VIDEO: Mike Rashid Gets Into Verbal Altercation With Jeremy Buendia