VIDEO: Mike Rashid Gets Into Verbal Altercation With Jeremy Buendia

Mike Rashid and Jeremy Buendia Get Into Altercation 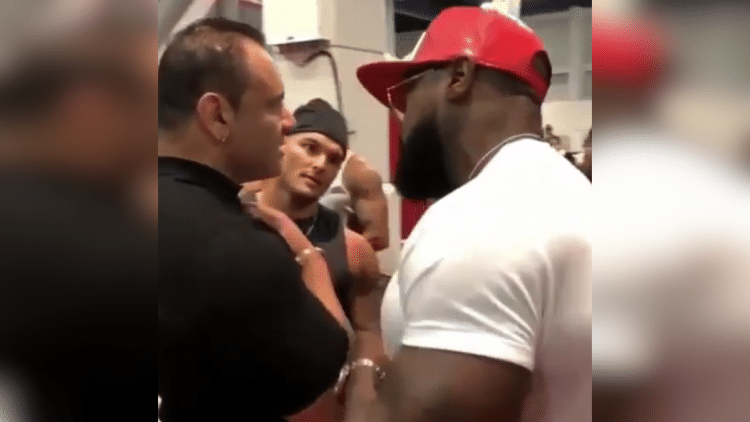 Mike Rashid and Jeremy Buendia were involved in a verbal altercation. The whole exchange was caught on camera, and we have it now.

Mike Rashid was attending the Mr. Olympia 2019 when he ran into Jeremy Buendia. While the cause is still unknown, the two were seen getting into a heated argument. Footage of the incident was captured, and uploaded to Instagram.

“A video released today shows a verbal altercation between Mike Rashid and Jeremy Buendia during the Mr. Olympia 2019.

No more details have been released about the cause of the conflict!”

In the video, you can clearly see Rashid taunting Buendia, and threatening to “knock everybody out.” Luckily, officials were able to intervene before the situation got even more heated. Otherwise, we could be talking about a fight video, instead of just a verbal altercation.

It is unclear what was the root cause of this argument. It very well could have been related to competitive differences. However, it could also have something to do with the recent allegations made against Buendia. Nevertheless, Rashid was clearly unhappy, and ready to throw hands. On top of that, this is not the first time Buendia would have been involved in a fight at an event. The last time did not end well for him.

Currently, there are no further details available about the cause of this incident. However FitnessVolt will update as the story develops.

You Will Not Believe What World’s Strongest Man Thor Bjornsson Eats In A Day!