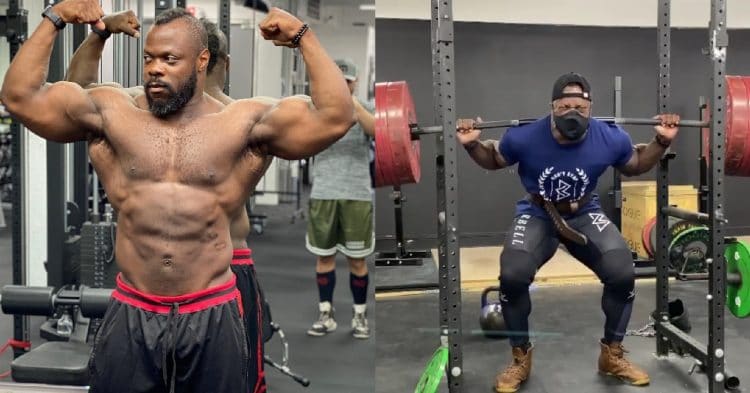 Yet again, American powerlifter Kevin Oak has reminded us just how powerful of a force he is. This time, he showed it by smashing an enormous squat session in the gym.

Over the years, Oak has been able to establish his place as one of the sport’s premier athletes. When it comes to the squat, none of his contemporaries compare to his skills, which is how he is able to hold the world record for the squat, in the 220lb weight division. He is proven to have a ridiculous amount of strength and skill, earning his place in history books.

Kevin Oak put these skills to the test again recently, with a post to his Instagram. Here he provided a bit of a training update, while in the midst of a diet. With a body weight of 227lb, he managed to squat a gigantic 800lb, which is just a few pounds shy of his world record.

This was a solid performance from the always impressive Oak. He has been working hard on his entire game, but his squats are constantly a sight to behold. Even when he is not doing the traditional types of squats, he is doing something exciting. Just a few days ago he did jumping squats with 275lb, doing five sets of four reps.

“Did some barbell jump squats with 275 lbs 5×4 then worked up to a whippy beltless 718 lbs. that bumper plate setup on heavy squats is so whippy I don’t know how weightlifters do it.”

Whether it be in competition or just in training, Kevin Oak seems to have an endless supply of crazy skills to share. Obviously this was not the most amount of weight that we have ever seen him move, but it is clear that he has been hard at work and improving his skills. Whenever he decides to compete again, it will be fun to see if he can extend his record again even further.