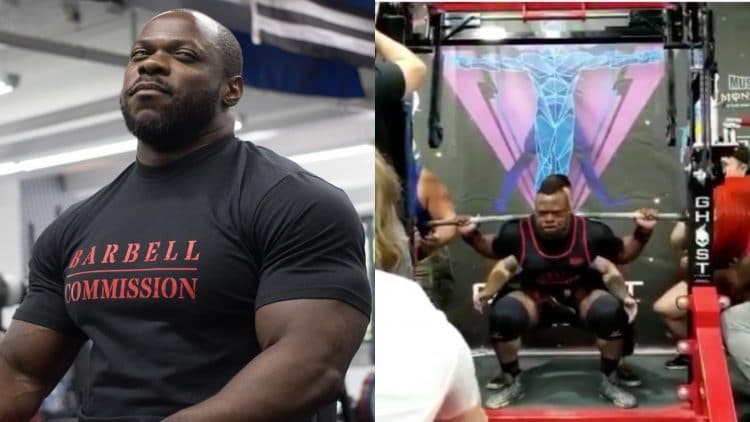 Kevin Oak is certain to go down in history for his unbelievable skill. He showed that yet again, by smashing a world record squat.

Oak has established himself as a force to be reckoned with in the powerlifting world. He has managed to reach achieve unbelievable heights, in particular with his run in 2019. This run, last year alone, saw him set records with both his squat and total lift.

Following such an impressive 2019, Oak promised to continue growing. Despite these strong showings, he is still hungry and motivated to get better. As a matter of fact, he is already doing this, barely two months into the new year.

Over the weekend, Kevin Oak took to the Hybrid Showdown II powerlifting meet. Although he walked away with an eighth place position, he still looked impressive. Particularly, he managed to set another new world record, extending his squat numbers. He somehow managed to smash through a massive 860lb squat raw, extending his record by a strong 22lb.

Check out the video of this awesome, record-setting lift:

“NEW WORLD RECORD SQUAT,” Oak said in the post. “860 lbs in the 242 pound weight class, raw no knee wraps. I couldn’t ball but I dunk my squats like Kobe. RIP.”

In the video, Oak is clearly focused on the task at hand. When he takes the weight, he paused gathering his composure, before smoothly hitting the lift. It was a clinical performance, seemingly setting a new world record with ease. Not to mention, the fact that he crushed this so easily is magnified by the fact that it was done without knee wraps.

Kevin Oak continues to establish himself as a super-strong powerlifting competitor. His growth is evident in this most recent display, despite the slightly disappointing final results. It will be exciting to see how the rest of the year turns out for him, especially if he continues to show progress like this.