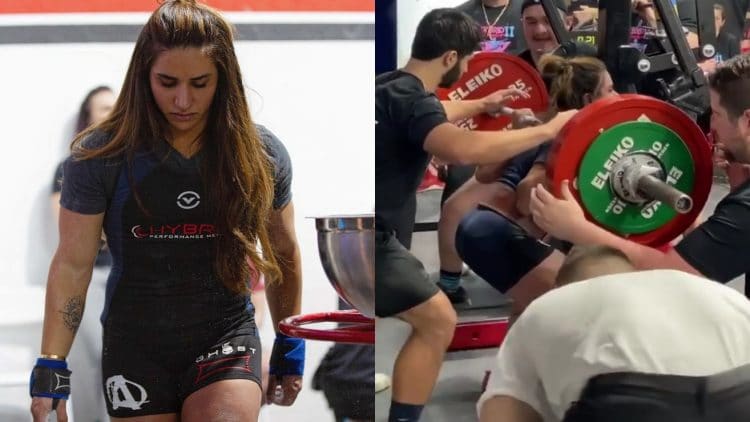 Stefi Cohen had been promising to do some big things in her return to powerlifting. She certainly delivered on that over the weekend, setting three new records.

Dr. Cohen is one of the best female athletes the world has ever seen. She has a ton of accolades in various sorts, including soccer, CrossFit, and of course powerlifting. She has shown a type of well-rounded skill not often seen in anyone, male female, making it exciting every time she competes.

Cohen last competed in powerlifting in April of last year, at the Kern US Open. Since then, she has injuries holding her back. Moreover she has been keeping busy with her practice as a personal trainer. As a result, fans have been chomping at the bit, waiting for her return to action.

At the start of the year, Stefi Cohen was promising to deliver some big performances. Furthermore she had been sharing training videos suggesting that to be the case. However few expected what they would get when she did finally compete, at the Hybrid Showdown II powerlifting meet, over the weekend.

It was here, that Cohen managed to set three world records, en route to a first place victory. She was able to get the all time world records for her squat, deadlift, and total lift. Her 446lb squat, and 452lb deadlift, combined with her 226lb bench press earned her a strong 1124lb total, a new record in the 114lb division.

Check out the awesome video of her squat:

What was impressive about this, is the fact that Cohen broke the squat world record on her first attempt. However, she was not satisfied there, and cranked things up by another ten pounds. She crushed that lift too, looking clinical as always.

Stefi Cohen continues to show that her skills have only increased in her time away from the sport. It will be exciting to see where she goes from here.