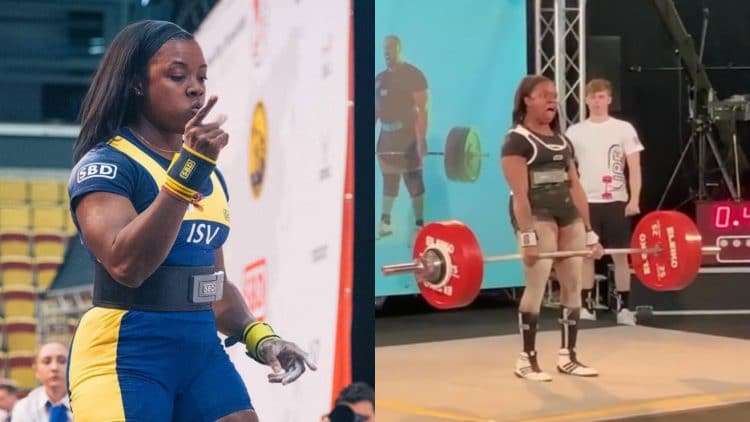 Kimberly Walford may be competing in the Master’s division nowadays, but she is still very strong. This proved itself against recently, as she had a huge performance at her last meet.

Walford is widely considered to be one of the strongest pound-for-pound powerlifters of all time, regardless of gender. The fact that she is a female-only adds to this mystique and blows people’s minds. She has served as an inspiration to athletes of all kinds over the years, showing how far hard work can take you.

Starting off with wanting to train for track and field, Walford began to really take a liking to lifting weights. Therefore she transitioned to the world powerlifting, where she found some serious success. Over the years, as she competed, she racked up six IPF World Championships, as well as Deadlift world records in two weight divisions. She truly has had a legendary run.

Just because Kimberly Walford is now in her late 30’s does not mean she has to slow down her powerlifting career. In fact, she seems to have hardly dropped off at all, now competing in the Master’s division. This was shown recently when she shared some footage to her Instagram. Here, she is at a powerlifting meet where she broke not one, but two world records for her efforts.

The video in the post shows Walford hitting a massive 244kg deadlift, which she explains was a new IPF Open, and Masters world record. Additionally, although not posted her, she hit a giant 407.9kg squat, which was also a record. All things considered, this was an excellent showing.

Even at this point in her career, Kimberly Walford never ceases to amaze. Her level of consistently expert performances makes her one of the most inspirational figures in the sport.