It's been a fun ride for the elite women's CrossFit competitor but all good things come to an end at some point! 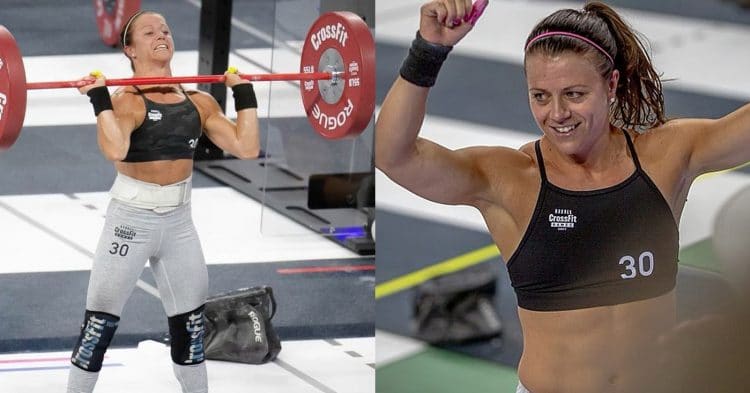 Holte took to Instagram with the news of her retirement of which she wrote, “The last dance” in the caption. She also acknowledged that her 2021 CrossFit Games performance was a testament to many years of hard work.

Related: 2021 CrossFit Games Results and Prize Money For All Divisions

And while just missing the podium at one of the toughest competitions on Earth does not imply declining performance by any means, the 35-year-old feels she’s approaching her potential as an athlete.

“I have dedicated my life to becoming the best CrossFit Athlete that I could be for the past 8 years. The 2021 CrossFit Games showcased that hard work over time really pays off. I have become a well-rounded athlete who can run fast but also lift heavy weights and I finally feel like I am coming close to reaching my potential as an athlete.”

Despite her never winning first prize and having the accolade of World’s Fittest, Holte can leave in peace knowing she’s given her all to the sport.

“Do I wish I could be number 1? Yes, of course. But in the end the thing that matters the most to me is my effort. I always put out my absolute best effort and with that comes full victory. #Kriger“

“4th Fittest Woman on Earth✨
I am proud.
I am grateful.
I am happy but also heartbroken💔“

“It’s not all over yet, but this was Holte’s Last Dance in the Coliseum“

She also thanked everyone who’s supported her and the CrossFit Games for the opportunity.

“Thank you so much to @crossfitgames for an epic weekend. Thank you to my fellow competitors for the battles and the memorable moments on and off the competition floor. Thank you to my sponsors for believing in me and supporting me on this journey.”

“Last but not least: Thank you to my TEAM HOLTE🙏🏼. Thank you to all of you who have been a part of this journey for the past 8 years. I could not have done this without your help, love and support❤️“

A former gymnast and endurance athlete, Kristin Holte started training for CrossFit in 2012 and came in 235th place in her first Open in 2013. The same year, she took 7th in her first Regional appearance (Europe Regional).

She’s qualified for and competed in the CrossFit Games every year that followed starting in 2014 when she finished an impressive 16th in the individual women.

In both the 2019 and 2020 Open, Holte managed to turn in high enough scored to finish third in the world and 1st in her country. Then, as mentioned, she put on her best performance in 2019 that earned her the runner-up spot.

Although she won’t be competing at the CrossFit Games anymore, this may not be Holte’s last competition. After all, she did say that “it’s not all over yet“.

There won’t be as much pressure to perform at other competitions and she can still stay active doing what she’s loved for the past almost decade.

However, it’s too early to say what her plans are. Either way, Kristin Holte will go down as one of the best CrossFit Games athletes in history.

She’ll also join top men’s CrossFitter Scott Panchik in retirement from the Games and we wish them both well in their future endeavors.