Out of all the impressive performances at this meet, Kristy Hawkins had one of the best showings 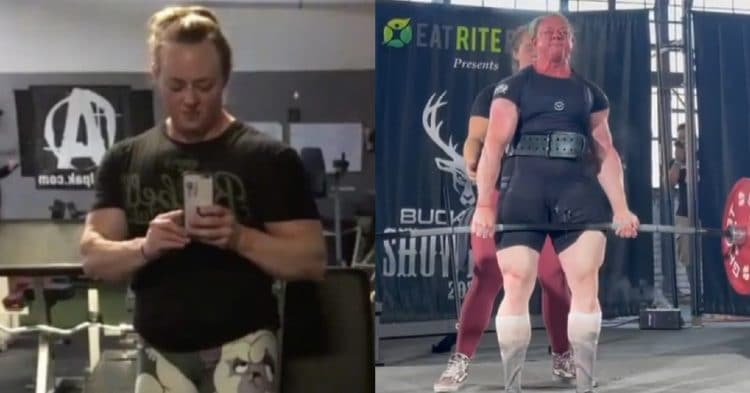 The 2021 WRPF Showdown played host to some of the best powerlifting performances of the year. However out of all the athletes, perhaps Kristy Hawkins was the one with the best showing, as she walked away with a staggering three world records.

When Hawkins revealed that she was competing at the Showdown this year, fans knew they were likely in for a treat. The 41 year old has been having an amazing year, both in the gym and in competition, so it was expected that this event would be no different.

In the end, she absolutely delivered, walking away with three world records, in the squat, deadlift, and total. On top of that, she revealed on Instagram after the fact, that she even suffered an injury during the deadlift, tearing a bicep while trying to pull the world record 606lb that also led to her world record total.

Here is a breakdown of Kristy Hawkins’ best lifts from the 2021 WRPF Showdown:

“I had the pleasure of competing at @the_showdown_meet in Kansas City, MO yesterday. I didn’t have the best prep but I’m not one to make excuses and I’m happy with what I was able to do on the platform yesterday. I ended with a 262.5kg/578lb squat, a 147.5kg/325lb bench, and 275kg/606lb deadlift for a 685kg total at 74kg bodyweight. I set world records in the squat, deadlift, and total and am still the best raw female powerlifter of all time by dots (672) and #2 by Wilks (657),” Hawkins wrote in her breakdown of the meet.

“Yes, I did tear my bicep on the 275kg deadlift and begrudgingly decided to pass on my third attempt. But I held onto that s—t!”

With this performance, Kristy Hawkins now holds all four raw world records for the 75kg division, with her already being the owner of the bench press record, at 342lb (155kg). Furthermore, she remains as the best pound-for-pound raw female powerlifter, according to the Dots system, and the second best according to the Wilks system, both of which use a formula and point system to break down how much weight someone lifts, compared to how much they weigh.

It was already known before the 2021 WRPF Showdown that she was one of the best in the world, even among the other world record holders that would emerge at this meet. However, after this performance, there is no denying how incredible of an athlete she truly is.