Ahead of her return to competition, Kristy Hawkins pulled off a massive deadlift that was 32lb over the world record 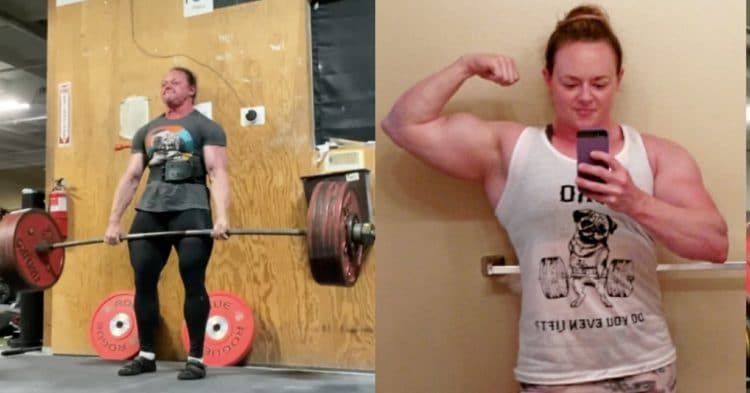 Kristy Hawkins is set to return to competition at the 2021 WRPF The Showdown meet, in just under two weeks. Ahead of this meet, she shook up the powerlifting world with an unofficial world record deadlift in training.

The only raw record that she does not currently hold in her weight class is in the deadlift, but if her recent post to Instagram is any indication, this might be changing in the near future. Here the 41 year old was seen scoring a gigantic 617lb (280kg) deadlift, which gave her an unofficial world record.

To put in perspective how impressive this deadlift was, the current world record for raw deadlift in the 75kg division, held by Brianny Terry, is 585lb (265.5kg). So the lift that Kristy Hawkins did in the gym surpassed this record by a staggering 32lb (14.5kg), and she made it seem like it was nothing.

It is worth noting that Terry herself also surpassed her own world record earlier this month. In fact, both she and Kristy will be going head to head at the 2021 WRPF The Showdown meet, set for September 26th, so it is going to be interesting to see how this contest plays out and who ends up leaving with the world record.

That being said, Hawkins is the most likely frontrunner for this record, judging based on her recent training videos. Not only did she pull that massive weight, but a few days before she was seen attempting a 606lb (275kg) double, coming up short on the second rep, due to a gripping error, but even that was heavier than the current world record.

Ultimately time will tell what Kristy Hawkins is able to do when it comes to The Showdown later this month, and just how much she will be able to surpass the current world record. That being said, with her and Brianny Terry facing off at this meet, fans will almost certainly be in for an exciting back and forth battle on the barbell, in the 75kg division.