Here’s a guide to this effective deadlift variation.

The Sumo deadlift is one variation of the conventional deadlift where a barbell (although, there are different ways to do it) is most commonly utilized to pull massive poundages. And it works all muscles of the posterior chain (backside of the body), also involving the core muscles plus biceps and forearms.

For some people, doing the deadlift ‘sumo’ style will be more comfortable and suitable to their body type which is why some people stick with this variation over the standard deadlift.

So, whether it be for competition or general fitness goals, this movement is very convenient and beneficial by the same token.

In this Sumo Deadlift Guide you will learn:

Here’s a simple guide to the sumo deadlift…

How To Perform The Sumo Deadlift

Note: This will vary slightly between individuals seeing as there are many different body types.

The sumo deadlift works all of the same muscles that the conventional deadlift does. Although, body position may mean a slight difference in where is placed to an extent.

Here are the muscles involved in the sumo deadlift…

The sumo deadlift is undoubtedly a more quad than hamstring dominant exercise due to the greater degree of knee flexion due to foot positioning, especially in a more upright position.

Don’t get us wrong, the hamstrings are still engaged in this variation but you won’t get as much of the hamstring stretch due to the foot and body position.

Want to see for yourself? Try the two different positions (sumo and conventional) with just your bodyweight and you’ll notice the difference in which muscles are more activated.

The glutes will be heavily activated here due to the fact that you’ll be pressing through your heels and midfoot through a larger range of motion.

Every back muscle is involved in a deadlift regardless of what variation it is. And it’s actually a great movement for strengthening the lower back isometrically since there’s not as much overall extension when compared to the conventional deadlift.

The Erector Spinae (muscles along the spine) are also very much involved and finally, the muscles of the upper back which include the trapezius, and rhomboids play a big role in keeping the spine as upright as possible to facilitate a safe and effective pull while preventing your chest from caving in.

The rear delts also play a big role in maintaining a retracted scapula during the deadlift and you’ll most definitely want to do some isolation work for these muscles to maintain proper form during your deadlifts.

The core muscles, including the Rectus Abdominis, Transverse Abdominis, and Obliques work to stabilize your torso during the deadlift. Your rectus abdominis stabilizes the spine, and your deep core muscles (transverse abdominis and obliques) create intra-abdominal pressure to keep the core contents tight and compressed for the lift.

Any pulling movement involves the biceps and forearms plus you naturally begin to improve your grip strength by pulling heavyweight.

Benefits of the Sumo Deadlift

There are a few notable benefits of the sumo deadlift from performance to aesthetics, and function.

The sumo deadlift is an excellent exercise for improving and maintaining the habit of keeping a proper posture when lifting heavy loads. This is not only a must for your structural safety it’ll allow you to execute similar exercises more efficiently which carries over into other movements too.

The sumo deadlift makes keeping the bar close to your body much easier which is ideal for keeping the lower back and spine as neutral as possible. Some people simply cannot effectively do a conventional deadlift and this variation prevents a lot of the potential dangers if done correctly.

One 2002 study found EMG activity to be significantly greater from the Vastus Medialis, Vastus Lateralis, and tibialis when performing a Sumo deadlift when compared to the conventional deadlift for the reasons mentioned above. (1)

Now we’re not saying that quad/ glute-dominant exercises are superior to those which involve more of the hamstrings (both are very important). But it’s good to know if you’re looking to utilize certain exercises to target specific muscle groups more. 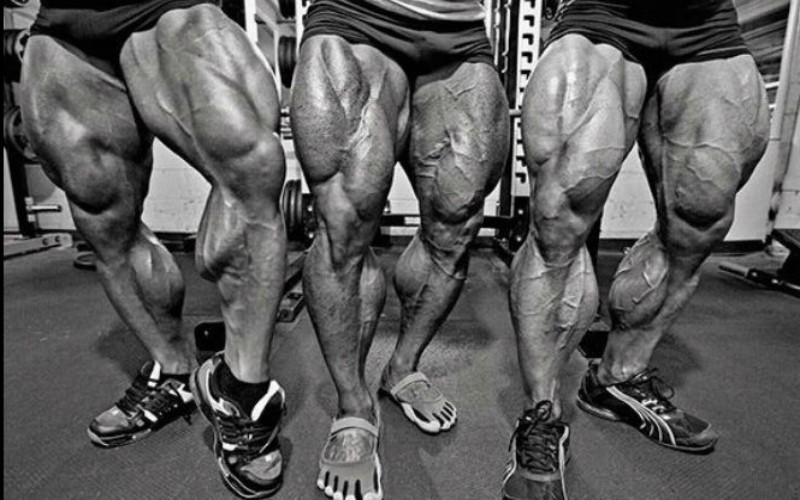 The sumo deadlift isn’t far off from the conventional deadlift where strength gains are concerned. In fact, many powerlifters and lifters, in general, have adopted this variation simply because it’s better for them.

And we can’t say that one is better than the other because they are different in their own way.

If you look at the body position during a sumo deadlift, feet are generally spread out a little wider which creates a shorter lifting distance. Although, too wide and you may not be able to lift as much weight.

On the other hand, the conventional deadlift is usually performed with a narrower stance which typically allows for a bigger pull but it requires a larger range of movement.

But this is a subjective thing and you’ll have to try both to see which is better for you.

Here are some common variations of the sumo deadlift…

The block sumo deadlift is a really good variation for introducing the basic sumo. That’s because the bar is elevated from the floor which allows the lifter to perform this movement a little easier due to the shorter range of motion.

After getting the movement and body position down perfectly, it’s time to transition into the standard sumo deadlift.

You won’t be able to lift as much weight using dumbbells but it’ll help you to identify a weak side and you’ll have a little more leg space to work with overall.

You can use one or two dumbbells to do this movement.

This variation is the same as the standard sumo deadlift but it involves a pause a few inches from the floor which is actually beneficial for reminding the lifter to stay tight and put more effort into the deadlift from the floor position.

You’ll need to have a relatively strong back for this one as well to avoid pain and do it efficiently.

Now, there are many different ways to incorporate the pause but a simple variation is to pause for one second before completing the remainder of the deadlift.

Using a mixed grip can be advantageous for the heavier lifts as it can make it easier to prevent the bar from slipping out of your hands. But make sure to build up the weight used as this variation can put a lot of strain on the biceps.

The close stance sumo is more similar to the conventional deadlift and it’ll involve more engagement of the back muscles in addition to more loading of the hamstrings during the pull.

Plus, the movement of the bar is still shorter which is a big benefit as well. Also, you can do these with a lighter weight for more reps and get the benefits of both the sumo and conventional deadlift.

How To Include The Sumo Deadlift In Your Training Regime

There are a few ways to program the sumo deadlift based on your goals. But either way, it’s good to add some variety to target a specific area.

Strength training will naturally involve heavy loads and lower repetitions. So, 3-5 reps is a good range to accomplish this and you’ll still benefit from hypertrophy.

For more of a focus on hypertrophy, stick to moderate and higher rep ranges. Anywhere from 8-12+ reps.

For endurance, form training, and metabolic conditioning, you can do higher reps of 15+ with lighter weight which is also recommended for leg training in general when it comes to hypertrophy. Although, since the deadlift is a full-body movement, it can be more taxing on the body so be sure to use a weight that’s not too light or too heavy.

We hope you enjoyed this sumo deadlift guide and it really is a great movement overall for building strength and muscle mass while being more effective for people who find this variation to better suited for them.

The sumo deadlift works the same muscles as the conventional deadlift but to a different extent and there are also some great variations to help your performance or to just change things up a little.

So, try it out if you haven’t already as you mind find it to be a useful tool in your training arsenal.

The squat is a functional movement that you cannot escape, no matter how hard you try. Whether you're sitting down...