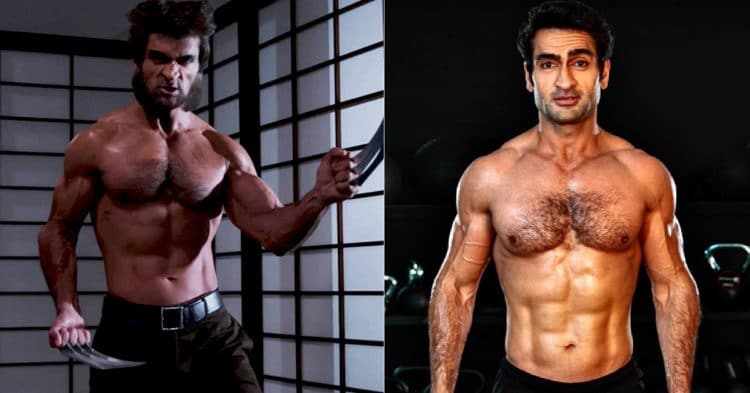 Kumail Nanjiani is quickly becoming one of the hottest names in Hollywood. Now he explains the transformation from being an unassuming comedian, to beefy Marvel superhero.

Nanjiani started his career out as a comedian. He spent the better part of his 20’s making the rounds in the comedy circuit, appearing on Saturday Night Live, and doing various stand up performances. However, as he entered his 30’s he set his eyes on a different venture: acting.

Kumails’s acting career started off slow, but really turned a corner as he landed a role on the television show Silicon Valley. From there, his acting pursuits really began to pick up.

However things got taken to a new level, when Kumail Nanjiani landed the role of a lifetime. He was cast as Kingo in the upcoming Marvel film The Eternals. This was a big deal for him, as he had grown up reading comics, and being inspired by super heros.

As a result, Kumail was left to find a way to give himself a real superhero physique.

“I was like, ‘I don’t want to be just part of a Marvel movie; I want to be a Marvel superhero.’ ” Nanjiani told Men’s Health.

Immediately, Nanjiani began training for this massive opportunity. He had to train in secret however, not allowed to make this role public. Regardless, he hired a trainer and started working harder than he had ever worked in his life. The results became Immediate, and when it was finally time to share his growth, he received almost exclusively positive feedback.

So how did Nanjiani get in such excellent shape?

A lot of it comes down to the pure discipline of Kumail. He focused for an entire year, training in secret, with an immense amount of dedication. His diet was meticulously calculated, and his workouts were wildly difficult.

“I realized, if this is what working out is, I’ve never really worked out a moment in my life”

However the workouts were not the only important part of his transformation. Kumail also put a ton of focus on his diet, rarely ever repeating meals. The only exception to that is his breakfast, which is usually made up of steak or chicken, with eggs.

The fruit is one of the biggest parts of his diet. Nanjiani also tends to drink a lot of beet juice throughout the day, using it for energy in his workouts. In addition to that, he supplements his diet with tons of protein bars, and powders, with the occasional cheat day piece of cake.

Between a strict diet, and exercise program, Kumail Nanjiani was able to put on the mass he needed to look like a superhero on the big screen. Now that the filming of the movie is over, the key will now be maintaining his fitness.

“This is a key time to establish how it’s going to be going forward, because it could very easily go back to how things were. And I can’t do that.”

How To Stretch Biceps For Maximum Development and Function