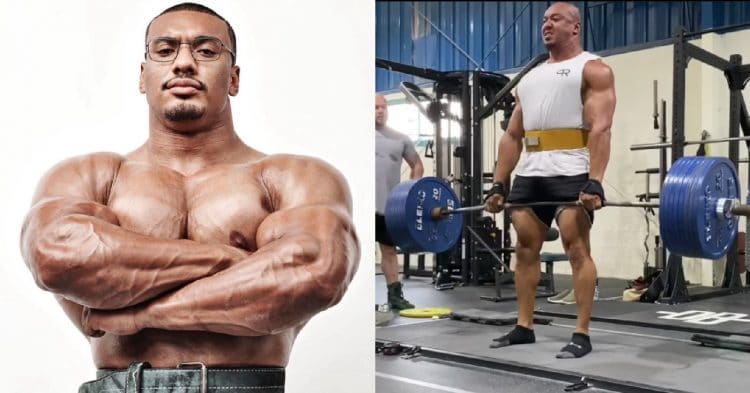 When it comes to his deadlift abilities, it is no secret that Larry Wheels is about as good as it gets. However he reminded us of that recently, with an unbelievable performance in the gym.

It has been a slow few months for Wheels, as he has been unable to train like he normally would due to the global health crisis. However he has been back in the gym again lately, with a big goal in mind. He is hoping to land an enormous 937lb (425kg) deadlift next month.

In the preparations to do that, Larry Wheels has been hard at work in the gym. In fact, he showed with a recent post to his Instagram that things are moving in the right direction. He did this by absolutely running through a huge deadlift set of 760lb (345kg) for five reps. Not only that, but he explained that this was tied for his best ever set with this many reps, all the while making it seem easy.

This was a solid effort from Larry, and it shows that he is working hard to make this lift happen next month. Although this is not the first time he has attempted to pull 425kg. Unfortunately the last time he gave it a try, things did not exactly go according to plan.

It is safe to say that Larry Wheels is hoping for a much different outcome this time, than the one he got the last time he tried to hit a deadlift like this. He may have been slightly derailed by the recent events in the world, but from the moment he could return to normal training he has been putting up some solid numbers. It makes it seem like he will be able to accomplish the goal he has set out for himself.