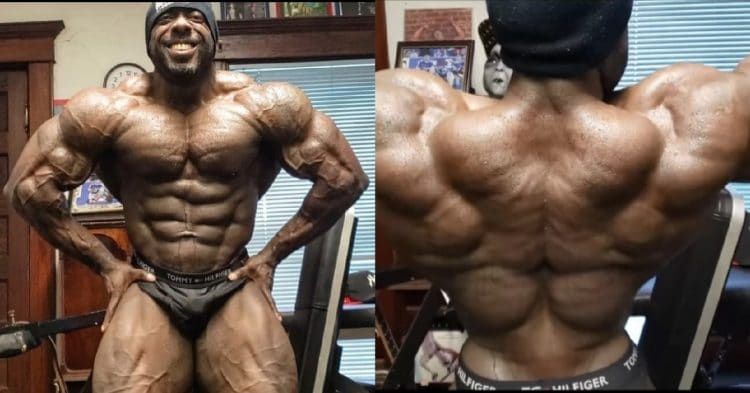 Classic Physique bodybuilder George Peterson III will be competing at 212 in the upcoming Tampa Pro event. Just over six weeks out from this show, he gives us an update on his physique, and he is looking quite massive.

It came as a bit of a shock, when Peterson revealed that he was making the move from Classic Physique to 212. He had shown a ton of promise in his career so far, winning the Arnold Classic and scoring third at the Olympia. Nevertheless he was outgrowing the weight limit for that division, and was having trouble making the mark. Therefore he decided it would be best move to 212, where he can properly add more mass, and compete more comfortably.

With his debut set for six weeks away, George Peterson III has checked in, and given a glimpse as to how he is looking. He took to Instagram recently to share a video of his shoulder workout. However what really caught our attention was how massively defined and symmetrical his back looked.

“SHOULDER DAY.🔥
.
Building wider and rounder shoulders with some
Dumbbell lateral raises. Putting a lot of focus on the medial head of the deltoid. Shoulders were on fire after yesterday’s training session with Coach @astrongspirit”

However it was more than just the back that has us excited for George’s debut. He also shared some updates on his front as well, and he is looking bricked up. Here you can see him looking fairly vascular, and it seems like he has bulked up in all the right areas for this move to a heavier division.

There are usually a lot of uncertainty when an athlete changes divisions. However it would appear that George Peterson III is making sure to do things the right way. It will be exciting to see the final product, when he steps on the stage at the Tampa Pro.