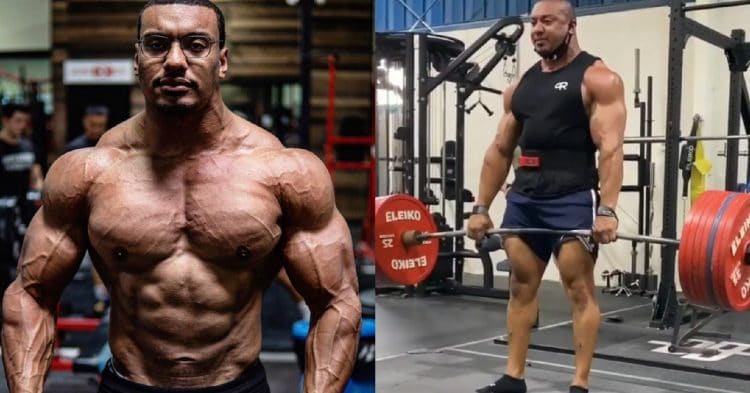 Larry Wheels is no stranger to lifting heavy enough weights that it causes him to bleed. However this happened to him again recently, this time causing him to pour blood from his head.

As the personal record wrecking machine, Wheels is constantly chasing after heavier and heavier lifts. Right now, he is looking to land a 973lb deadlift in August, a lift that he has previously failed to hit. However he has been buckling down in the gym and working hard, in order to land this deadlift this time around.

That being said, Larry Wheels may have just pushed himself a little too far. A recent post to his Instagram sees Larry doing some intense deadlift training, with the video being one of the two sets he did of a 793lb triple. However the lift itself is not what drew our attention, but instead the fact that he pushed himself so hard that he started leaking blood profusely from the pores in his head.

All things considered, Wheels does not seem too bothered by the life fluids leaking from his skull. Then again, this is not the first time he has poured blood from a heavy lift. Even just a few weeks earlier, a nearly identical situation happened to him. Only this time it came from a 749.5lb deficit deadlift for a triple.

It is good to see that a little blood does not stop Larry Wheels from pushing his limits and continuing to improve. As long as he is making sure to do things in a safe way, there is no reason that this should hold him back. He still has a ways to go before his 973lb attempt, but he seems to be completely focused on reaching this goal that he has set out in front of him.