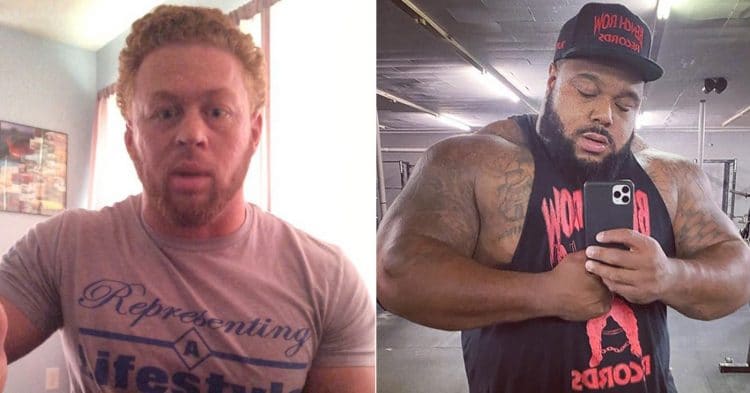 Over the weekend, Julius Maddox controversially failed his attempt at an 800lb bench press world record. Now the director of the meet addresses the circumstances around the lift in his first public statement since the ordeal.

There was a ton of excitement surrounding Maddox’s world record bench press attempt. He had been grinding in the gym to prepare for this massive achievement. Unfortunately a loading error would cause some controversy on the lift, and making him miss the attempt. Then to make things worse, he would get injured on his next attempt, again making him unable to complete the world record. The 55lb misload resulted in him tweaking his pec and his back.

Now a few days after the incident, Julius Maddox has given an update on the status of his injury. Taking to his Instagram, he touched base with his fans, letting them know that he was alright, and breaking down what happened. Moreover he assured fans that he would be back better than ever.

“I do feel like I’ve been hit by a truck. Tweaked my pec, tweaked my back, due to the meet this weekend,” Maddox said. “I just wanted to jump on here and let everybody know I was okay. Woke up this morning with my right side, my right arm and right hand swollen. I don’t know if it’s due to that amount of weight or strain on my body.”

Julius Maddox goes on to explain that he will do a meet recap soon, but he wanted to let his fans know what was going on. However he was not the only one who spoke up after this mishap. Cody Robbins, the USPA Meet Director in charge of the meet, took to his own Instagram to issue a public statement on the situation. Here, he explains that there was a lot of commotion that he was not used to, with the live stream production on ESPN. This led to the misloaded plate being missed.

“Obviously (the misload) is something that no meet director, no head ref, and no spotter and loader, and no lifter ever wants to happen. I’ve been maxing, and been in meets and had a misload. I’m sure many other people have come across it. It’s something we don’t wish upon anybody, but we’re human. We make mistakes.”

Robbins goes on to explain that there were several people who checked the weight, and it all got missed. Between this, and the short notice changes that had been made with the production, the mistake happened. Moreover he said that he talked to Julius afterwards and apologized face to face. However the damage was already done and Maddox failed his record attempt.

To be clear, accidents happen and things go wrong. However there is something to the idea that with this being as high stakes as it was, and the massive platform that was being granted to the sport, there should have been more care taken. In the end, Julius Maddox should not have been in the situation that caused him Injury.