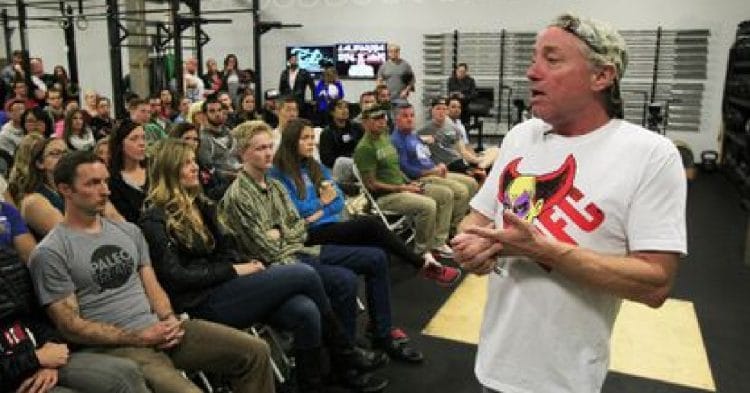 Former CrossFit CEO Greg Glassman recently resigned from his position following backlash for controversial comments. Now it seems that there were more sinister things happening behind the scenes that have come to light.

There has been some serious tensions throughout the CrossFit community over the last several weeks, due to some comments made by Glassman. In addition to an aggressive email sent to an affiliate owner, he made comments regarding the Black Lives Matter movement, and the death of George Floyd. These remarks sparked outrage, with athletes taking stands against him, and sponsors refusing to continue working with CrossFit. In the end, Glassman would step down and Dave Castro would replace him as CEO.

However since then, things have not gotten any better. In fact, reporting from the New York Times has suggested that Greg Glassman is actually responsible for something more than these disparaging remarks. Apparently he has also been responsible for multiple accusations of sexual harassment and misconduct.

Apparently members of the organization were shocked to discover he was getting backlash for the comments he made, as opposed to the “regular and rampant sexual harassment” that he has been displaying for years. According to the reports, a total of four athletes and eight former employees of CrossFit HQ have spoken up, accusing Glassman of both verbal and physical harassment. These accusations include verbally demeaning women, as well as physical touching them in an attempt to see their cleavage, or trying to take Inappropriate photos of them.

In addition to this, it was uncovered that Greg Glassman had paid financial compensation to settle a case with a former employee who was threatening to sue him for sexual harassment. Furthermore, this was a situation that apparently spread further than just the former CEO, with a culture of men throughout the sport, harassing these women. The open nature of this conduct led many to feel that speaking up could cost them their jobs, which was often the case.

It should be noted that spokespeople for CrossFit are denying these accusations. They believe that people are making these remarks in an attempt to lessen the value of the organization, in order to buy it at a much cheaper price. It has also been confirmed that Lauren Jenai, the ex-wife of Glassman, has made an offer to buy the company, with the backing of investors. She had also confirmed that these reports matched the same behaviors she had seen throughout her relationship with Greg.

Obviously these are troubling comments to hear, even if they are being made in an effort to buy the organization. Greg Glassman seems to be a rather despicable character, and the sport appears to be better off without him.

Lower Chest Workouts and Exercises for a Sculpted Chest