Here are three, fast and easy breakfast recipes from the Olympia champion that'll provide you with plenty of muscle-building protein, quality energy, and good nutrition overall. 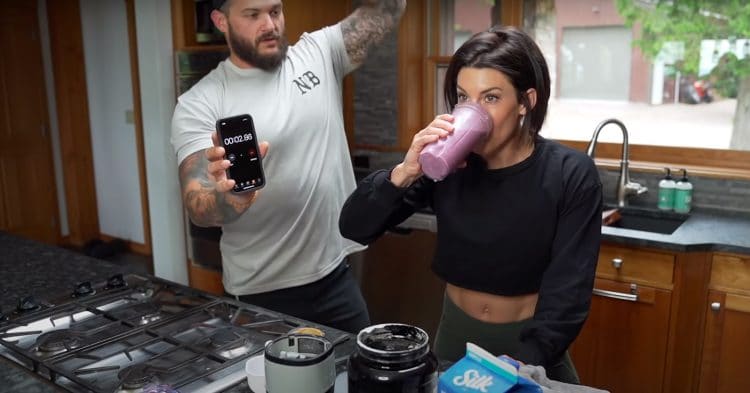 If you didn’t already know, Dana Linn Bailey was the winner of the 2013 Women’s Physique Olympia which, by default, puts her up there with the best in women’s bodybuilding history.

Bailey has her own YouTube channel that consists of a variety of content from her workouts to her daily life, meal choices, challenges, and much more.

But in a recent video, she shared three high protein breakfast options that are quick and easy. These are great/options and ideas for mornings when you need to get out the door quickly. But, of course, they’re also great for anytime nutrition.

While Bailey does eat a certain amount based on her goals and body, you can definitely adjust them to suit your nutritional needs. Either way though, there’s plenty of protein with some healthy fats and good carbs that’ll help you to sustain your activities.

She was also accompanied by two-time Highland Games World Champion Matt Vincent and her husband Rob Bailey. So after picking some sesame seeds out of the latter’s teeth, she got into the recipes.

Bailey explained that she didn’t know what to call this one because, well… it’s just yogurt and fruit. However, that changed when they decided to call it the “Perfect Protein Parfait” and there was definitely more in it than just fruit and yogurt.

So she decided to have Vincent as her assistant while Rob took care of putting the containers in the sink or trash of which she also had a good laugh from this setup.

Anyway, they layered the ingredients and it was really that simple. You can do it any way you like.

Ingredients: Half a grapefruit, 6 oz of any yogurt (although, Greek has best macros), 1/4 cup granola, 1 tsp chia seeds, 1 tbsp hemp hearts, and some honey drizzled on top

Alright, so this is the recipe that you make when you are very short on time. Bailey even set a timer while Vincent had to make the smoothie as fast as possible. They were both definitely having a blast and Bailey could not stop laughing at how much pressure he was under to put all of the ingredients together in the blender.

It was definitely a mess with the liquid spilling out of the cup as he screwed the top on but he quickly got it to the blender. His time was 43 seconds and Bailey was out the door with the shake (just as a simulation of course).

But then it was Bailey’s turn to go against the clock of which she had to chug the smoothie as quickly as possible. It only took her 31 seconds but it wasn’t without a brain freeze as you’d probably imagine. Her advice, “don’t drink it as fast as that“.

So this option won’t be quite as quick to prepare but it’s still easier than making a full-on meal. Bailey likes to have sunny side up eggs but she also likes to have some extra protein with egg white omelets, without the additional fat.

She adds some olive oil to the pan before she adds in the ingredients for cooking. They then sauteed the onions and peppers and cracked the eggs in the pan separately, although Vincent broke one yolk. Next, they sprinkled some salt and pepper while adding the egg whites.

Bailey then placed the top on the pan so that the food could cook and she explained that her mom taught her this method to avoid having to flip the eggs.

But then they were able to get a little laugh out of the situation because Rob joined in and wanted to talk about Dana’s mom. He explained that her mom who is in her 60s trains at their gym every day and actually sends him selfies of her shoulder pump after a session.

“So I’ll wake up in the morning and it’ll be her mom like “sick pump”. So that’s who we’re talking about right now“.

But back to the recipe, she toasted her two slices of bread, spread some butter on them, cut them in half, and served her eggs on the plate.

And that wrapped up what Matt Vincent called the “holy trinity of fast breakfast”. These are definitely some handy recipes/snack options that are quick and convenient. Not to mention, very tasty as well.

Pre-workouts are one of the most popular supplements. They can turn a polite and feeble Bruce Banner into the Incredible...