Larry Wheels Catches Up With Ronnie Coleman And Big Ramy 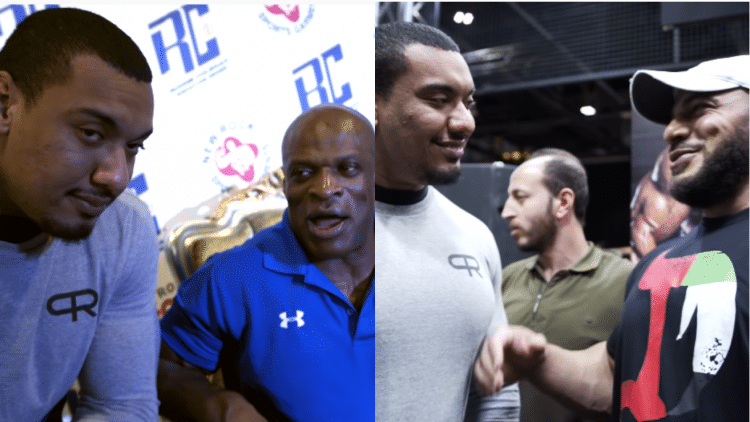 Larry Wheels was at the Dubai Muscle Show over the weekend. Here, he ran into Ronnie Coleman and Big Ramy and was able to have some conversations with both men.

Wheels was attending the Dubai Muscle Show, to partake in all the festivities going on during the event. The convention, which took place in the United Arab Emirates, featured a ton of various activities, and booths. In addition to that, it saw a turnout of several top-level bodybuilders.

Two such athletes that Wheels ran into, were 8x Mr. Olympia Ronnie Coleman, and Mr. Olympia hopeful Big Ramy. In a video Larry uploaded to YouTube, you can see his interactions with both men. It is towards the end of the video, but the whole thing is worth a watch, to get an idea of how big this event was.

When Larry Wheels sat down with Ronnie Coleman, he was able to have a good conversation with him. He explained to Coleman that he was the major reason Larry started training. Then Ronnie explained that he still trains around six days a week. The pair concluded joking about how much worse bodybuilding is nowadays, compared to Ronnie’s day.

“Good catching up with you today big bro 🙏🏿” – Ronnie Coleman

The discussion with Big Ramy was a little more brief. Here, Wheels was able to confirm that Big Ramy plans on slimming down before the 2020 Mr. Olympia. Moreover, Larry expressed interest in wanting to train with him, since they live relatively close by now. That would be one crazy training session, if it does come together.

This was certainly interesting stuff from Larry Wheels. He is a real natural when it comes to asking bodybuilders questions, under these types of circumstances. Who knows, perhaps the phenom could turn his attention to doing media, once his athletic career is behind him.