Mosquera Rubiel Has An Unbelievable Neck That Looks Beyond Belief 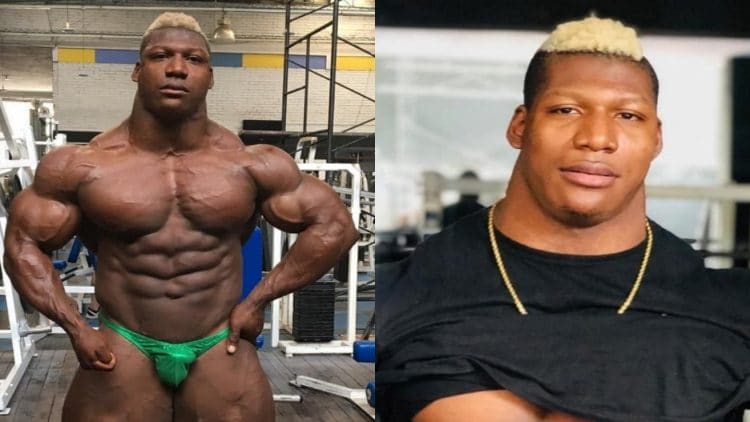 Not a lot of people have an actual “neck day” at the gym. Although, looking at Mosquera Rubiel, you’d think he not only has one, but hasn’t missed it in years.

Rubiel is a pro bodybuilder out of Colombia. He is fairly good too, with a large and excellent physique. However it is not his physique which stands out the most when he takes to the stage.

Looking at Mosquera Rubiel, it is clear that his most defining feature is his neck. The amount of bulk and muscle there is frankly unbelievable. He has neck that looks almost cartoonish.

Rubiel may just have the strongest neck in South America. Although it seems unlikely that is something which is measured. Nevertheless it is incredible to see his neck looking like he swallowed a brick. He certainly will not be getting choked any time soon.

The fact that Mosquera’s neck stands out so much is not because the rest of his physique is lackluster. Rubiel has an amazing frame, which served him well as an amateur bodybuilder. Moreover, he successfully made his pro debut earlier this year, at the IFBB Elite Pro South America. He is certainly going to be someone to keep an eye on, over the next few years.

To have a neck like Rubiel is something clearly based in genetics. While there are workouts you can do to strengthen the neck to a certain extent, this level of neck strength is just given at birth. Obviously any work he does helps make it bigger, but something as abnormal as this simply can not be recreated.

A product of hard work or just genetics, it does not matter. Mosquera Rubiel has one of the most unbelievable necks that you will ever see. It will make you question everything you think you know about neck strength.