Larry Wheels has officially left humanity behind. Ever since he got a glimpse into the world of Strongman, he has been laser-focused on making an impact on the fast-rising strength sport.

Larry is very strong and he can move weight well, but that isn’t enough when it comes to Strongman. If you want to be great, or at least good at Strongman you have to up your body weight. Which means, bulking as a hobby and force-feeding as a full-time job.

Now, Larry has managed to up his weight to 300lbs and to celebrate his milestone he has decided to share his daily food devouring routine. Viewer discretion; this video contains hardcore bulking, watching this video guarantees to add up to 30lbs of weight on you.

Seriously though, prepare yourself to witness a man consume enough food daily that could easily feed a small family. It’s insane, it’s not healthy, it’s monstrous, but for Larry-it’s necessary. This kind of hardcore-ness allowed Larry to add 20kg of mass in a period of 3 weeks.

In order to maintain such an insane bodyweight without collapsing on a toilet during a failed bowel movement like Elvis Presley, he needs a stack of dietary supplements.

As you can see by the picture the supps include; digestion aid, blood pressure medicine and anti-inflammation medicine for his stomach among other pills he takes. This is all just to not die from massive food consumption-related conditions.

I will try to do a breakdown of his macros as best as I can by using myfitnespal and Larry’s claims for portion size as a measuring tool. This probably won’t be 100% accurate but it will give you a good idea of how much food this monster of a man eats daily. 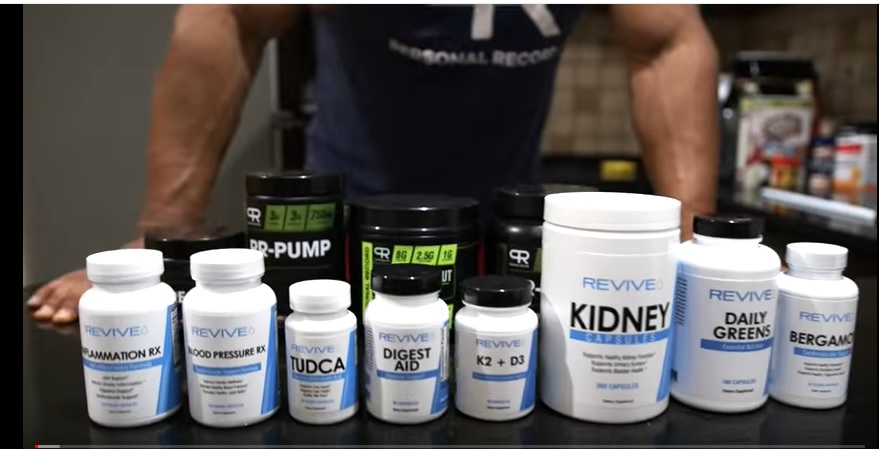 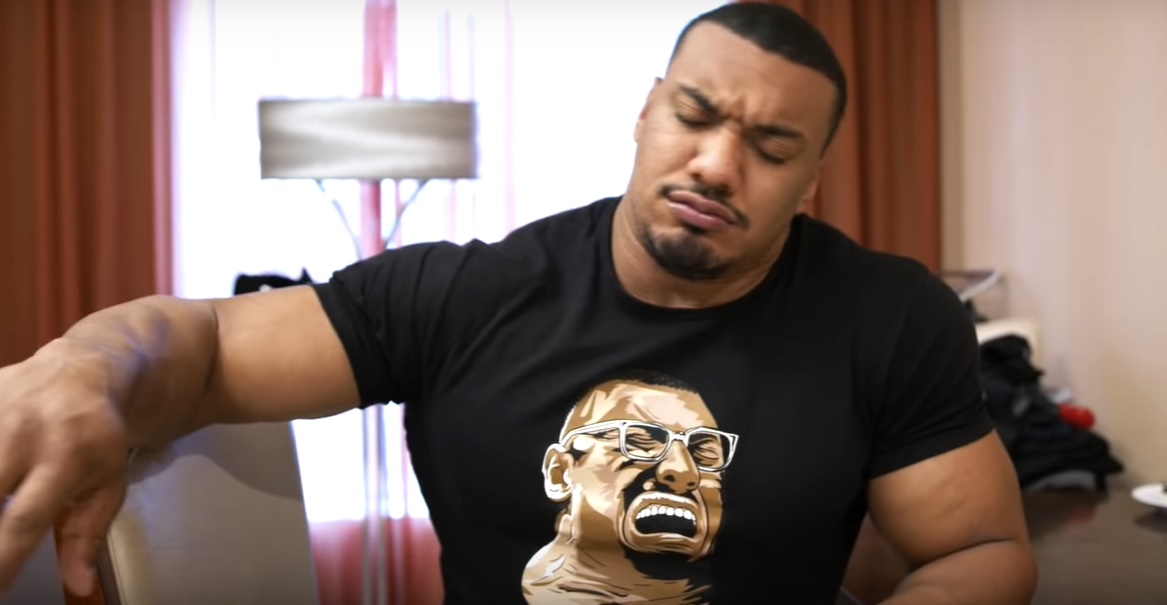 Macro count total for the day: 952.1g carbs, 308,7g fat, 444g protein. That’s one medium-sized candy bar and 2 protein scoops shy of eating 1kg carbs and 0.500 kg of protein per day! I won’t even bother with the calorie count, but his last meal alone was 1,1k calories and Larry’s own “eyeball” measurement of the calories is roughly between 8-10k calories.

A couple of key points for the end; Larry strongly suggests multiple times throughout the video that you should definitely not try and repeat this diet. An average gym-goer that is aiming for size and strength needs less than half of what Larry is currently consuming on a daily basis.

Also, Larry says that with the amount of food he’s digesting his butt is sore from all the waste disposal, which is basically after every meal.  He mentions that when he spent time with Hafthor Bjornsson in Iceland, Thor’s belly was always sticking out like a 6-month pregnant woman from the massive amounts of food he consumes.

It’s a very complex and sad circle of pain, like a snake trying to eat its own tail. You will be stuck in this weird cycle of suffering and torment just so you can be good at throwing around washing machines and deadlifting cars. Which does sound kinda cool, but ask yourself the following; Is it worth having a permanently bloated stomach and being on the verge of a heart attack on a daily basis just so you can brag about your huge deadlift?

Beyond Raw LIT Pre-Workout Review For 2020