Try these barbell exercises for even more stimulus! 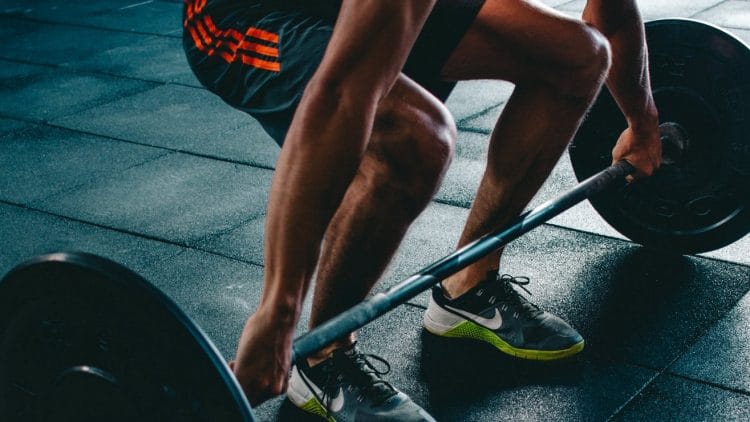 Barbell exercises are king for a reason… you can use maximum poundages to promote the essential overload stimulus due to the bilateral (affecting both sides) nature of the movement; which is exactly what you need for getting as big, strong, and functional as possible.

And there are some really amazing barbell exercises which most people don’t do, but should in an effort to benefit from maximum gains…

The barbell drag curl is an absolute must for overloading the biceps because you can keep the reps coming which results in further overload of the biceps where you’d normally call it quits.

This maximum stimulus is ideal for hypertrophy and strength plus it’s a great way to get you through a plateau.

Now, there are a few effective ways to implement the drag curl. You can either do it as a standalone exercise or use it as part of a mechanical drop set after you’ve repped out on the conventional barbell bicep curl or any other variation.

A mechanical drop set is one of the most effective ways to continue stimulating a muscle by utilizing a different body position.

To perform the drag curl…

You can use a relatively heavyweight during the drag curl but just make sure you’re not sacrificing form. You never want to go so heavy to where you risk tearing a bicep or hurting your back.

The landmine thruster is the perfect shoulder exercise when it comes to building amazing strength and size.

Not only do you use your lower body to help you propel more weight upward to overload the delts, but you’re in a safer position due to the shoulders being in a more natural position in front of the body, which is optimal since the shoulder functions as a ball and socket joint.

To perform the landmine thruster…

Use moderate to heavier poundages here to really take advantage of the ideal arm position in order to make those muscle and strength gains!

The Jefferson deadlift is an interesting lower body exercise, which is also referred to as the “Jefferson squat”.

But the main benefit of this movement is the decreased spine load due to the bar being closer to your center of mass when lifted.

And what makes this exercise different than the conventional barbell deadlift is that the bar is positioned between your legs rather than in front of you.

So, you also have to activate more stabilization to balance the bar which is great for improved core development and coordination as well.

But the way you might approach the Jefferson deadlift could very likely be different than the next individual since it does require more adjusting of body position to perform it comfortably and effectively.

To perform the Jefferson deadlift…

Before you pack on the weight, try to find your ideal body positioning with just the bar, but do make sure that you’re not sacrificing proper basic form. 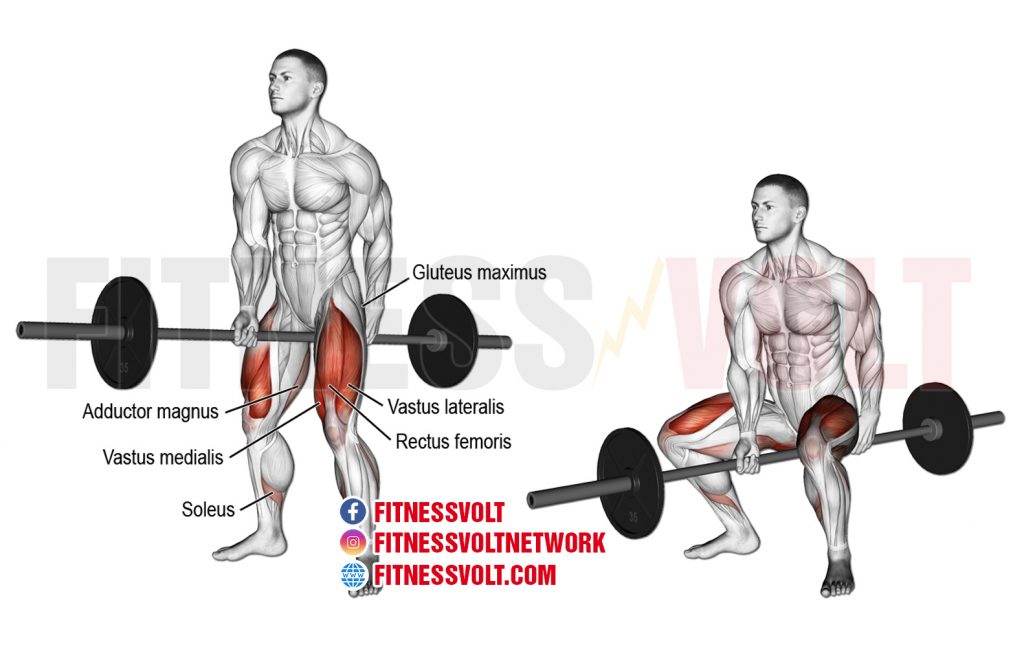 Check out our article on the Jefferson deadlift.

Thanks to Jeff Cavaliere, MSPT, CSCS (Athlean X), we’ve learned how awesome and beneficial this exercise is. And the name comes from how you’d normally carry a suitcase by your side.

But the lateral stability and core strength benefits from this movement is unmatched as the deadlift is such a functional exercise.

And the key to this movement is to maintain a technique as close to the conventional deadlift as possible. Not only for your safety but to effectively build stability and strength in the lateral core.

So, you want to try and resist the bar pulling you in the opposite direction.

To perform the suitcase deadlift…

You can also do suitcase lunges with less weight as a variation which will target the same muscles, although not to the same extent.

This phenomenal upper posterior chain exercise is the equivalent of the push press since you’re able to use the lower body for maximum upper body overload.

The barbell bent-over row is one of the best back exercises you can do for mass and strength. In fact, studies show that it’s a superior movement compared to many common back exercises since it symmetrically stimulates the muscles of the back. (1, 2)

And if we can use some momentum to enable us to train heavier, then we are setting ourselves up for even more gains in every aspect.

To perform the barbell dead row…

The barbell core rollout is a beast of an exercise for muscle and strength gains in the abdominals and obliques, while also strengthening the lower back.

And what makes this movement so special is that the amount of weight you use will determine the difficulty of the exercise. The reason being, you have to control the weight from rolling back and forth by using your core muscles.

It’s also a great exercise for testing your mental fortitude which is very effective for your training progress overall.

To perform the barbell core rollout…

Avoid overstretching as this can cause discomfort in the joints and in the abdominal area. But that’s also why it’s very important to warm up properly before doing these types of movements.

To effectively work the core and obliques especially, rotation exercises are necessary.

And this movement is a killer for the core but in a good way, of course. Also, you can really load up the barbell to build some strength and improve your muscular development.

To perform this exercise…

Feel free to train with a challenging weight but do not overdo it as this can cause back troubles. But that’s why it’s imperative to focus on core involvement to control the exercise.

Well, What Are You Waiting For?

These 7 barbell exercises will serve you very well in your fitness endeavors as they’re very functional and conducive to taking your gains to the next level.

Sometimes it can get a little monotonous doing the same old movements week in and week out. But now, you won’t have that problem and you’ll be progressing as a result.

Do these exercises no more than twice per week and make sure to maintain proper form most of all.

Gym Bro Skills: How to Be A Good Spotter

Nothing ruins a good workout like bad spotting. Bad spotting can disrupt your set, rob you of the intensity necessary...

Barbells have been around for hundreds of years. Despite being so old-school, there isn’t a better training tool for building...

YouTube fitness is filled with hot takes and unpopular(or controversial) opinions. It is as the cool kids say it these...

Summer will be here before we know it and we owe it to ourselves to be able to strip down...

Despite all the advances in training techniques, the barbell remains one of the most versatile items in the gym. Looking...