Larry Wheels Being Accused Of Abuse By Ex-Girlfriend 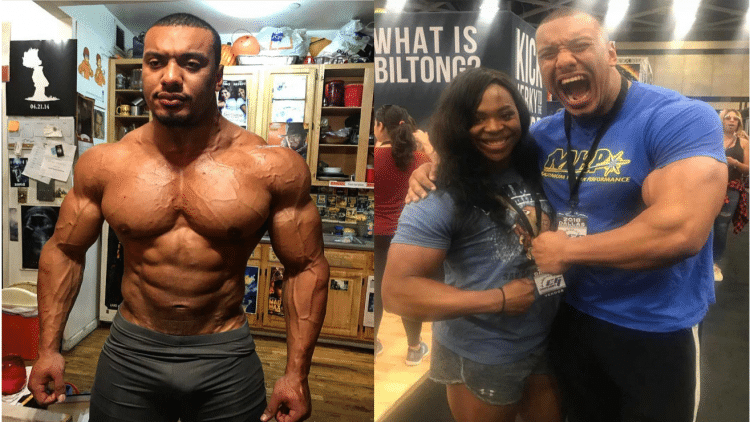 This fitness and bodybuilding world has been continuously rocked with allegations made against it’s top athletes. Added to that list now, is Larry Wheels.

Wheels’ ex-girlfriend, Chelsea King has opened up with some unsettling accusations against him. In a video posted to YouTube, she expressed that their five year relationship came to an end because of both physical and mental abuse.

“There are a lot of reasons why Larry and I did not work out, and just for the sake of time I want to narrow them down to the more important ones. One being cheating, infidelity. And two, which it took a really long time for me to admit this to myself. Even in privacy. It took a lot of talking to professionals, and it took a lot of space from him to really understand what I had been dealing with in my relationship with him for years. And that is abuse, and I mean that’s abuse all across the board. Physical, mental, emotional, and narcissistic abuse with this person.”

King went on to explain how Wheels has been cheating on her with men and women. She explained this has happened from the start, and in various ways.

However, she went on to further discuss the extent of abuse she dealt with.

“I can’t even explain to you how many times I’ve been called out on my name when it comes to him. I can’t even explain to you how much self esteem issues that I have developed by being with him for so long. And I don’t want to blame him entirely for that. I definitely want to own up to that part of the situation, because I should’ve never allowed anyone to say the things that he has said to me, and allow them to develop into insecurity, allow that to develop into body image issues.”

King elaborated that Wheels made comments on her muscular appearance. This is surprising, considering that they were seen as a power couple in the fitness world. Additionally, she then delved into the physical abuse. King has screenshots of messages from each interaction.

“Keep in mind, any argument or physical altercation I have had with him has stemmed from me standing up for myself. From me asking him about him cheating, from me wanting respect or being tired of being disrespected. Within this screenshot, it’s me talking about our first physical altercation with one another. I’m informing him you can’t just take somebody, and slam them to the ground, and stand on top of them, and use intimidation to instill fear and keep someone in place.

In addition to this claim, King goes on to explain one of their biggest instances of abuse.

Upon moving to LA in 2016, she said that things escalated to a huge degree. She details voice clips she has, of an argument of asking Larry Wheels about cheating again. Disturbingly, she played the clip, where you can hear the argument. You can clearly hear King screaming for Wheels to get off her. Subsequently, she went on to explain he struck her with his fists.

Chelsea King went on to explain she was unsure what to do in this case. She said she sat in the corner with a knife and told him to stay away. She played more audio clips of her talking to him, saying she was holding the knife for her protection. Additionally, you can hear him telling her to stop whining.

Lastly, King continued to play the third clip of Wheels calling the police. According to King, he flipped the situation around on her, saying she was threatening him with a knife.

Chelsea King concluded the video by reiterating that she really cared about Larry Wheels. She explained how hard it was to be with him, for as long as she had been. This is truly disturbing to hear.

Stay tuned to FitnessVolt as the story develops.

You can check her full account in the video below. (viewer discretion advised)