Chief Olympia Officer Dan Solomon discusses Shawn Rhoden not being able to defend his title this year, plus more. 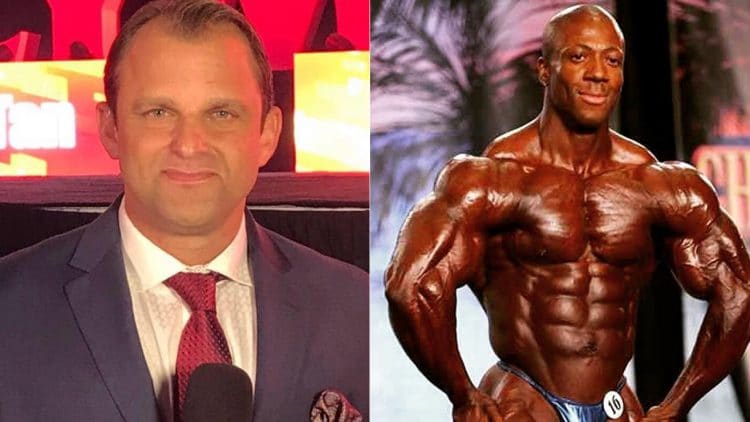 In an interview with Ron Harris of the Ronline Report, Chief Olympia Officer Dan Solomon discussed the details regarding Shawn Rhoden’s ineligibility to defend his Mr. Olympia title this year.

Solomon made it clear that not having Shawn Rhoden at this year’s Olympia is a big disappointment seeing as he won’t have a chance to defend his title.

“You can be sure that not having the reigning defending Mr. Olympia champion in this year’s Mr. Olympia is incredibly disappointing.”

Rhoden was charged with rape a few weeks ago which stemmed from a supposed incident between him and a female bodybuilder.

The accuser claimed that Rhoden had sexually assaulted her in a Utah hotel room late last year and his eligibility to compete at the 2019 Olympia was immediately revoked by parent Olympia company American Media Inc, after the allegations surfaced.

Rhoden recently entered a “Plea of Not Guilty,” explained that he’s looking forward to being cleared of the allegations made against him.

Solomon explained in the interview that the show must go though, even without Mr. Olympia.

“All eyes are on the Mr. Olympia and of course, the reigning champ and this story certainly warrants a lot of attention because it’s troubling on many levels. But for us, we’re just trying to focus on putting on the best production that we can.”

But it’ll be more difficult to promote the events this year with such a dark cloud overhead.

“You can be sure that it definitely has made things very challenging. Even from a marketing and promotional standpoint; there’s lots of really exciting positive things that we want to talk about, that we want to put out there. But as this dark cloud and this story has followed the event for the past few days with the circumstances surrounding Shawn, it has obviously made it difficult for us to even do that.”