Larry Wheels tells all regarding the "serious accusations" made by ex-girlfriend Chelsea King.

Larry Wheels is a superstar in the world of strength sports and fitness, known for his mind-blowing feats of strength, and never-ending personal records in the gym.

He’s gained tons of fans all over the World and this young 24-year-old phenom is one of the most followed talents in the industry. But after his ex-girlfriend (Chelsea King) came out with accusations that Larry Wheels abused her mentally and physically; well…it’s completely normal to be concerned or even worried.

But Larry Wheels recently came forth and made a video explaining that he never physically abused her. Although, the two did engage in some arguments in which King said Wheels ruined her self esteem. And she even went further to say he physically abused her when confronted about cheated.

“First and foremost, the accusations made against me are simply not true,” said Wheels. I’d honestly like to let this go, but these are serious accusations that deserve a serious response.”

Wheels explained that he and his ex-girlfriend met five years and dated for a whole month before ending their relationship for a year.  But after the year they got back together for three years.

So when he made it public that he was seeing someone else, his ex-girlfriend made the accusations.  He then explained,

“I’ve never stepped out on Chelsea, I’ve never touched her and I never would. I’ve always treated her with respect, as I do everybody and I’ve always taken care of here.”

But Wheels went on to talk about an incident when he asked King to leave after a heated argument but King grabbed a knife in anger.

Police drew guns on her, although no one was arrested that night. But Wheels said that King showed the recordings to police and was examined; however, no evidence of physical abuse was found. He said that the police simply didn’t believe her and therefore, both avoided jail time.

And Larry Wheels was upset that these accusations can surface and conclusions can be made without people even knowing what actually occurred.

“It’s sad for social media when people can tear each other down and the truth seems to barely even matter anymore.”

“You guys know me, you know my character. You, my supporters, who have stood by me during this sensitive time. I’m extremely appreciative of you and I will not let you down.”

Here’s the video where Larry Wheels Addresses the accusations…

We’ll keep you updated as we learn of any further details regarding the accusations. 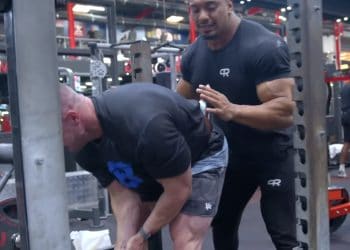 In the latest addition to his YouTube channel, Larry Wheels, a man of many skills which include bodybuilding and powerlifting,... 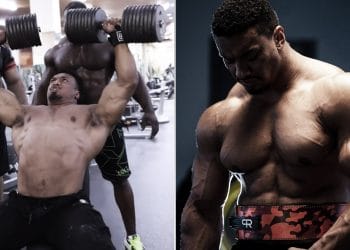 Powerlifter Larry Wheels is back to his record-wrecking ways again. Shortly after deadlifting 347kg (765lbs) for seven reps to create... 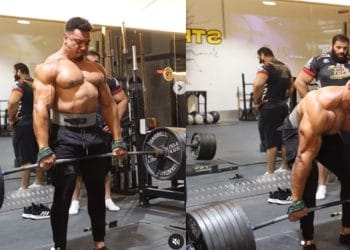 Larry Wheels seems to be one of those people who compete with themselves to be the best. The 26-year-old is... 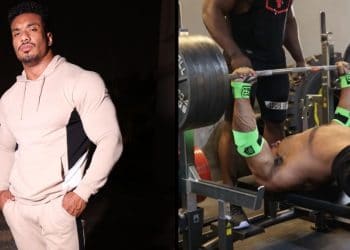 Another day, another personal record conquered at the hands of Larry Wheels. This time around, it came from an impressive... 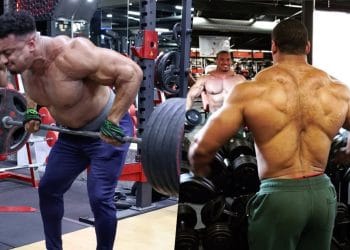 Between powerlifting, bodybuilding, strongman, arm wrestling, and more, it is safe to say that Larry Wheels knows a thing or...