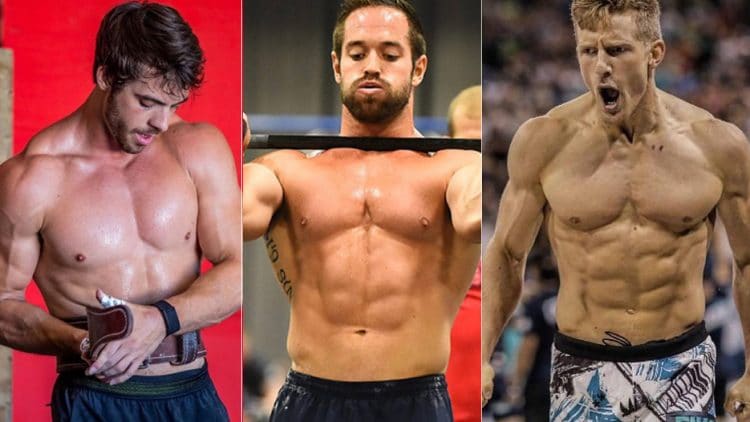 When you look at the physique of an elite CrossFit athlete, you see the result of the hard work they had to put in to attain such a level of physical development. But, many of you may have been unaware of just how far some athletes have come in making such drastic changes.

Athletes come in all different shapes and sizes but one common denominator which cannot be overlooked is the hard work and determination required to perform at an elite level. So, we put together a list of several top male CrossFit athletes who have made phenomenal transformations to get to where they are now…

Rich Froning is a four-time CrossFit Games Champion (2011-2014) and multiple team champion with CrossFit Mayhem Freedom. And he’s one of the best to have ever done it.

When Travis Williams decided to start training for CrossFit in 2011, he was a whopping 70 pounds overweight. But his transformation was nothing short of stunning. Williams placed 19th in 2016 for the individual men and in 2018 and 2019 he took 6th place with his team Don’t Stop.

Alec Smith seemed to have always been in shape even in his younger years but he put on a decent amount of mass over the years. Smith was apart of CrossFit Krypton who was the runner-up team at the 2019 CrossFit Games.

Noah Ohlsen placed right behind Mat Fraser in 2019 to earn the accolade of “World’s Second Fittest Man,” but he was always pretty athletic looking just not quite as large and powerful as he is today.

In 2016 and 2017 Patrick Vellner placed 3rd at the CrossFit Games before coming in second at the 2018 Games and 16th in 2019. His hard work and phenomenal accomplishments have made him a fan favorite.

Note: The guy on the left isn’t Patrick Vellner but rather, singer Ed Sheeran hence the “shape of me” reference.

Perhaps his biggest transformation was the large red beard of which he shaved at one point for charity but Lucas Parker’s best finish came in 2015 when he took 14th place at the CrossFit Games.

Jason Kahlipa is one of the CrossFit elites and veterans of the sports, winning the CrossFit Games in 2008 to become the World’s Fittest Man in 2008. He also placed second in 2013.

A former navy seal and collegiate wrestler, Josh Bridges consistently finished in the upper half of the CrossFit Games with the best performance in 2011 where he placed 2nd.

If you were to make a list of Hollywood A-listers with the most aesthetic physiques, Jason Statham would probably be...