The CrossFit athlete posted a response on Instagram to a follower that called her "bloated." 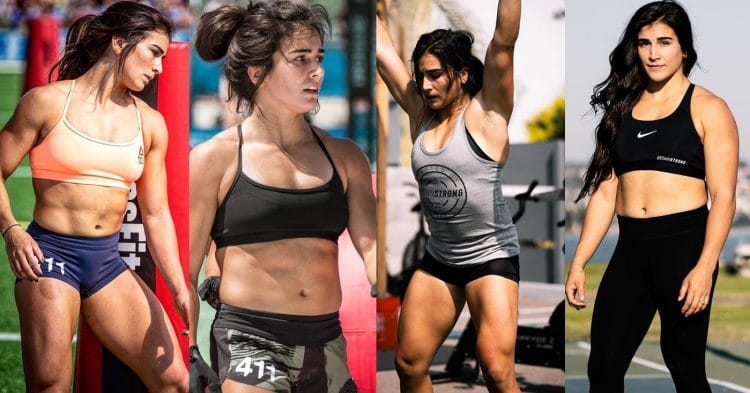 Lauren Fisher is in the elite camp of the CrossFit community, and it’s easy to see why. Lauren’s Instagram is peppered with inspiring messages that only a CrossFitter could conjure for their fellow athletes. She inspires both physically and mentally as anyone can see from the incredible action shots on her Instagram.

Recently, Lauren proved she had the CrossFit spirit when she took to Instagram after someone called her bloated. She posted a long note with an image of her at the beach in a bikini.

Lauren noted in her post some thoughts on how women’s bodies change throughout the course of a month. She said that the weekend that shot was taken, she was on her period, and that may be why she was so bloated, adding, “Sorry guys for the TMI.”

“A woman’s body goes through so many weight fluctuations throughout her cycle and it is 100% normal. It makes me so sad that people still have to revert to negativity in a world right now where we need more positivity. And you know what, this isn’t the only one of so many I receive critiquing my body image on the daily.”

Lauren went on to say she was going to be real with her followers. She says her platform is to be used to promote confidence and body acceptance. She wants it to be about women supporting women.

“SO MUCH of what we hate about ourselves is created right inside of our own minds. We may think that people see what we believe to be flaws. We feel insecure. We feel less than. So here’s to STRONG WOMEN.”

Lauren began CrossFit as a means to improve her basketball skills and fitness levels. But she can also lift weights like a pro. It made her an ideal candidate for the 2019 CrossFit Games.

In another post, Lauren noted that someone asked her why she didn’t have a flat belly. She responded by saying it’s not really something she pays attention to. She believes in fueling her body for performance and eats 3,000 calories a day to do so.

“I like to eat and I know when I don’t eat enough I just don’t feel good during training. And a lot of it also comes down to genetics. So I’m sorry but I will never be one of the girls with no belly fat at all and I’m okay with it….I eat around 3000 calories a day and I feel HAPPY and HEALTHY in my body.”

Here’s where Lauren describes #TransformationTuesday. You can see the difference in her figure between the age of 15 and 19, with only four years difference in these shots. She’s always had a slim physique, but her beast-mode athletic body is really coming out in a few short years.

She showed herself at 15 and 110 pounds, and at 19 at 135 pounds. Here she said she doesn’t worry about her weight, and that if anything.

“The only time I step on the scale is to make sure I’m gaining and not losing any! This works for me and I am happy with being strong and fit! P.S. I think my 3RM Back Squat back then was only 145lbs…”

Here’s one where Lauren is working a 185 x 5 Touch and Go, and makes it look like she’s lifting up a sack of cotton just for fun. She admits, “Good power days don’t come like this often.”

In this one, Lauren laments working out in the great outdoors. But she still pulls off 2 squats and a jerk like the CrossFit superstar that she is.

Here are some Action Shots of Lauren Fisher:

It’s an empowering trend that Lauren will continue. She wants her followers and supporters to know that performance and health is what the CrossFit win is all about.