In order to attempt a long reign as 212 Olympia champ, Shaun Clarida discusses his offseason plans to bulk up 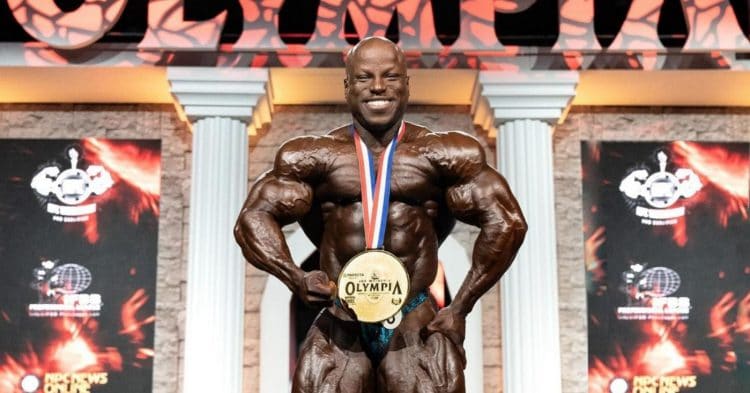 After a long road of battling, Shaun Clarida managed to breakout and become the 212 Olympia in 2020. Following the contest, he discusses his plans to bulk up in the offseason and go on a reign over the division.

Five years ago, if you had said that Clarida was going to become the 212 Olympia champ, nobody would have believed you. He was simply too small to contend with some of the other champs in the division.

However he would not be deterred, coming back better and better every year. After constantly getting bigger, while maintaining his conditioning and well rounded physique, he was finally able to break through and win the 212 Olympia last year.

That being said, Shaun Clarida is not in the business of just being a one-time champion. Speaking in a recent interview, he made it clear that he hopes that this was the start of a long reign as the king of 212 Bodybuilding.

In order to do that, Shaun knows that he has to use his offseason wisely. While he is not exactly sure when the 2021 Olympia will be yet, he is planning to start the offseason in February, where he hopes to seriously bulk up.

One of the interesting things about Clarida is the fact that he is rather small for the division, so he is not in any danger of getting too big as he bulks up. It is hard to believe that, considering his muscle mass has drawn comparisons to Ronnie Coleman.

That being said, Shaun made it clear that he will be continuing to build his body. While he won the Olympia, it was close between he and former champ Kamal Elgargni, but he plans to add distance between he and everyone else moving forward.

“There’s a lot of great competitors coming up, we saw this year,” Clarida said. “I don’t want any one point decisions this year whatsoever.

“I want to come out there and dominate and just walk away with the title easily. I don’t want to have any one point decisions ever again.”

If Shaun Clarida can go on a long run, it will be one of the craziest and most inspirational stories in bodybuilding history. He is a great example of what hard work and perseverance can accomplish.