Bodybuilding great Lee Haney opens up about winning the Mr. Olympia at 24, and why he chose to retire after winning 8 titles, at age 31 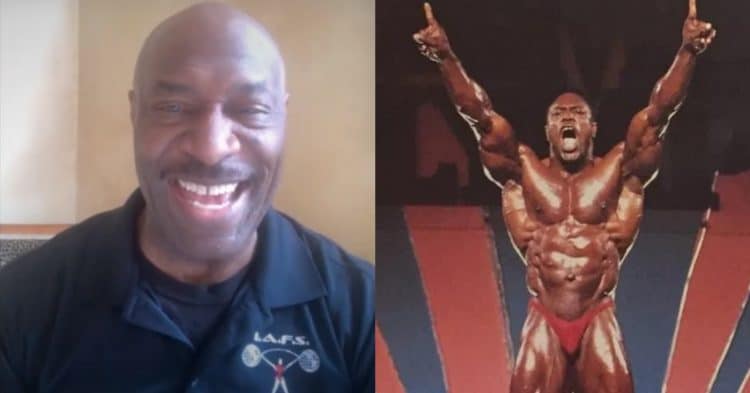 Without a doubt, Lee Haney had about as perfect of a bodybuilding career as one can have. He recently opened up about winning the Olympia eight times, and deciding to retire at 31 years old.

It is fairy easy to argue that Haney is the best bodybuilder of all time. Even if he is not ranked number one on your list, he has to be on the shortlist of the greatest to ever do it.

Not only did he walk away from the sport with 8 Mr. Olympia titles, which is the most anyone has ever won, but he was one of the youngest to ever win. While Arnold Schwarzenegger won for the first time at 23 years old, Lee was 24.

Speaking in a recent interview, Lee Haney explained a bit about what made him so different from the other competitors, and how he was able to win at such a young age, in spite of the level of competition he was facing.

“I started weight training when I was ten years old. My parents bought me a set of weights, and everything I could get my hands on in the way of technique, and nutrition,” he said.

“All of these different schools of learning from all of these great Olympians made Lee Haney what he is today, but also gave me an incredible foundation so that as I moved forward in my training as a youngster, that I was able to accomplish things on a whole ‘nother level earlier, because of being a good student of bodybuilding.”

Lee went on to detail winning his first show at age 18, beating out people twice his age. He accounts this to his early training, giving him the ability to let his muscle mature at a younger age.

“It all came together very fast, and the same training tools that allowed me to reach that point at such an early period of time, I was then able to move forward to Mr. Olympia competition,” Haney said.

“Of course (I made) a tweak here and a tweak there. Getting a little bit more information, particularly in the way of nutrition, how to carbohydrate load and carbohydrate deplete, how to give the body more calories and not be a afraid of that.

“Eating was one of the things that I feel a lot of athletes were afraid of during that era. If you eat a little too much, then all of a sudden you’re going to lose your edge, but that’s not true. You can’t train like a horse and eat like a bird.”

That said, it was more than just the quick ability to win the Mr. Olympia, which made Lee Haney so great. It was also the fact that he won seven more consecutive Olympias, before retiring at the young age of 31.

To win that many Olympias is a feat that has still not been broken, only ever matched by one other person. So that raises the question of why he decided to stop competing while he was arguably on top of the sport.

For Lee, he never envisioned winning the Olympia more than two or three times, much less break the record for the most wins. After being the first to win seven consecutive titles, he spoke with his wife, and decided to go back for one more.

“I said ‘Well baby, seven Olmypias, nobody has ever did that before, that’s a record in itself. What do you about that being it?’ She looks at me and said, ‘What are you talking about? You’ve gotta do another. What’s the matter with you?’ Haney recalled, laughing.

“So that eighth one, I knew that was it.”

All in all, Lee Haney got to walk away from the sport on top, while largely preserving his health. He is the perfect example of what an ideal career in bodybuilding can be.