Jonathan Cayco competed for the first time in a while, and hit multiple unofficial world and American records in the process 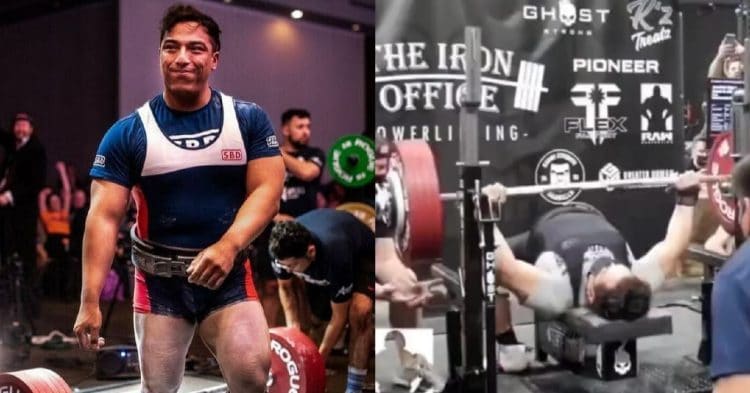 “Mr. Bench” himself, Jonathan Cayco got back to action for the first time in a while over the weekend H ere, he proved why he still deserves that moniker, with a performance that saw record high numbers in all fields.

As impressive as he is on the platform, it is a shame that Cayco has been a bit inconsistent over the last several months. Between injuries and the global pandemic putting a kink in most people’s plans, it has been over a year since the last time he competed.

This is truly a shame, considering how skilled and talented Jonathan is in the 93kg division. In his roughly six years competing, he has put together a string of performances worthy of the attention he has gotten.

However Jonathan Cayco is hoping to get back to a more consistent competitive schedule, and he kicked this off over the weekend, at the USAPL Iron Office Winter Classic. He shared videos of his top three lifts to Instagram, and they are quite incredible.

These are the numbers that Jonathan Cayco hit, you can check out the videos below:

“Sooo legit I had to use my 2nd attempts on Squat/Bench to relearn how to execute heavy lifts on even flooring, LOL. So 3rd attempts were kinda better on those.

Overall good day, I left a lot in the tank in Bench and Deads, just gotta relearn how to lift on normal floor again lol

The gruesome/hellish training for 1 year in the Hyperbolic Time Chamber showed today.”

The work from Jonathan Cayco at this meet provides further proof as to why USAPL records should count as official. He looked incredible from start to finish, despite his apparent rustiness, and deserves to be recognized for it.

That unofficial record bench press came as a bit of a surprise, even if you were following his training updates. The last bench session he had before the meet saw him only hitting 485lb, which was significantly less than the massive bench he scored over the weekend.

When it comes down to it, there is no denying that Jonathan Cayco has made a ton of gains in the 15 months since the last time he competed. It is a good thing to see him back in action, and hopefully he can go back to being consistent.